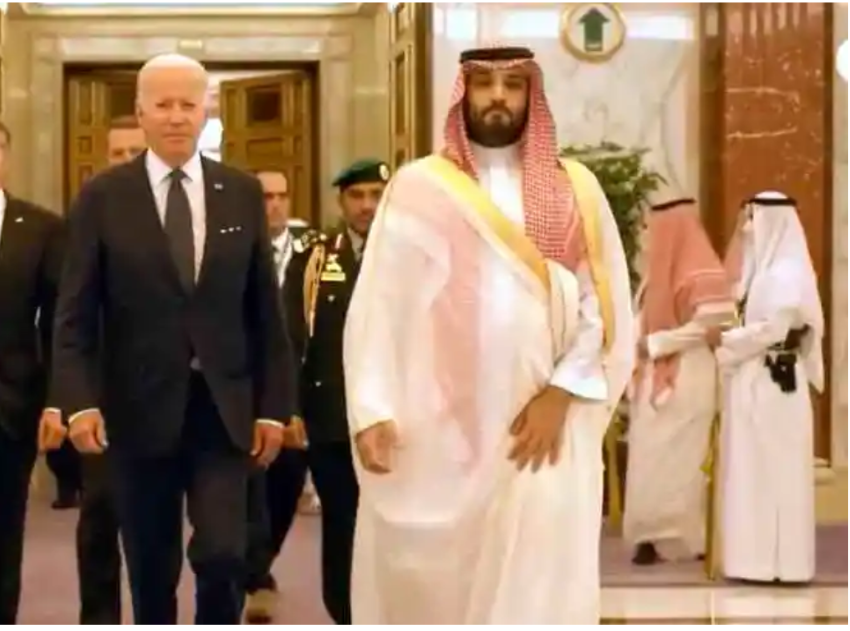 EVERY ONE KNOWS OBIDEN IS A BOLD-FACED LIAR

Joe Biden went to Saudi Arabia to beg for oil and came out empty-handed. Of course, he could ramp up US oil production, but he won’t. He also planned to call out Prince Salman for the alleged murder of Jamal Khashoggi, and that didn’t happen either.

Saudi Arabia is at near-capacity in oil production, and they aren’t going to produce any more for Joe Biden.

“The kingdom has announced an increase in its production capacity level to 13 million barrels per day, after which the kingdom will not have any additional capacity to increase production,” Prince Salman said.

The kingdom previously said it aimed at a production capacity of 13 million bpd by 2027.

The crown prince also said that unified efforts were required to support the global economy and that unrealistic policies regarding energy sources would only lead to inflation.

“Adopting unrealistic policies to reduce emissions by excluding main energy sources will lead in coming years to unprecedented inflation and an increase in energy prices and rising unemployment and a worsening of serious social and security problems,” the Prince said.

Joe was also going to make Saudi Arabia pay for the death of a fake journalist – who is an actual jihadist – Jamal Khashoggi.

Khashoggi was a traitor to his nation of Saudi Arabia. He was an anti-American propagandist for terror-tied Qatar. His writing for The Washington Post aimed to turn the US toward the Muslim Brotherhood. He wrote constant anti-Saudi and anti-Trump op-eds.

Turkey, Qatar, and Iran are deep allies against Israel. Reportedly, he also wanted to overturn the government of Saudi Arabia.

Joe Biden is full of hot air when he does know what he’s talking about.

BIDEN’S DOING ALL HE CAN

He isn’t doing anything to increase US oil production, and he got nothing from Saudi Arabia. Yet, he is pretending here that he did get something. It’s a lie.

After going to Saudi Arabia to beg them for more oil, Joe Biden says it will “begin shortly.”

Not a word about American energy production. pic.twitter.com/cIH9fcRSrr

Biden once again shook hands with no one. This time, he did it in East Jerusalem.

Biden Declares an Emergency for Clean EnergyJune 7, 2022In “Home of News, Politics & Opinion”