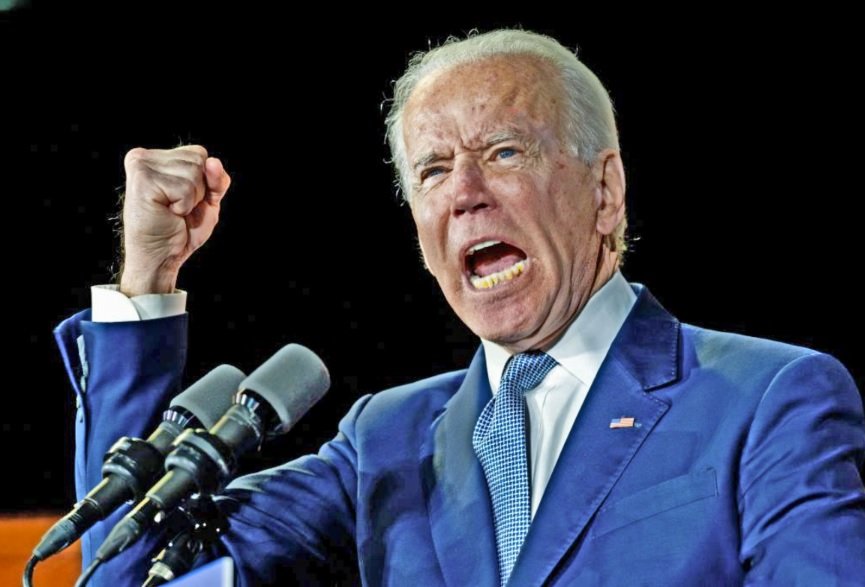 Immediately after the Supreme Court issued a crushing blow to the Biden administration’s sweeping vaccine mandate for businesses with 100 or more employees, the faux president urged businesses and states to “do the right thing” and keep forcing their staff to get Covid shots.

The federal government’s assault on medical freedom “will save lives,” Biden proclaimed.

“I am disappointed that the Supreme Court has chosen to block common-sense life-saving requirements for employees at large businesses that were grounded squarely in both science and the law,” he said. “This emergency standard allowed employers to require vaccinations or to permit workers to refuse to be vaccinated, so long as they were tested once a week and wore a mask at work: a very modest burden.”

The tyrant occupying the Oval Office called on business owners and state lawmakers to circumvent federal law and continue to coerce workers to vaccine “to protect Americans’ health and economy.”

“The Court has ruled that my administration cannot use the authority granted to it by Congress to require this measure,” Biden chided, “but that does not stop me from using my voice as President to advocate for employers to do the right thing.

“I call on business leaders to immediately join those who have already stepped up – including one-third of Fortune 100 companies – and institute vaccination requirements to protect their workers, customers, and communities.”

The high court concluded  Thursday that the federal government’s unprecedented attempt to enact health care policy on a wide-scale basis is a detriment to public health.

“OSHA has never before imposed such a mandate. Nor has Congress,” the justices wrote in an unsigned in NFIB v. OSHA. “Indeed, although Congress has enacted significant legislation addressing the COVID–19 pandemic, it has declined to enact any measure similar to what OSHA has promulgated here.”

“Administrative agencies are creatures of statute. They accordingly possess only the authority that Congress has provided. The Secretary has ordered 84 million Americans to either obtain a COVID–19 vaccine or undergo weekly medical testing at their own expense,” the opinion continues. “This is no everyday exercise of federal power. It is instead a significant encroachment into the lives—and health—of a vast number of employees. We expect Congress to speak clearly when authorizing an agency to exercise powers of vast economic and political significance.

“The question, then, is whether the Act plainly authorizes the Secretary’s mandate. It does not,” the court declared. “The Act empowers the Secretary to set workplace safety standards, not broad public health measures.”

Days before the Supreme Court struck down the