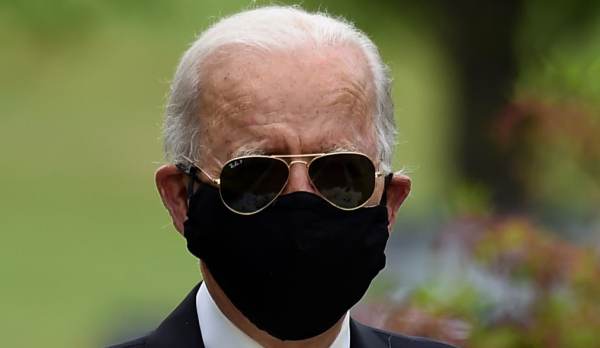 Presumptive Democrat presidential nominee former Vice President Joe Biden said on Twitter Sunday he would “transform” America if he wins the presidency over President Trump this November. Biden’s vow echoes the goals of armed, violent Antifa and Black Lives Matter protesters who have been ‘transforming’ the nation this summer by taking over sections of major cities, killing, looting and setting fires, waging war on law enforcement and toppling statues in cities and towns across the country–including the nation’s capital, Washington, D.C.

Is Biden wearing a coronavirus mask or an Antifa mask?

“We’re going to beat Donald Trump. And when we do, we won’t just rebuild this nation — we’ll transform it.”

We’re going to beat Donald Trump. And when we do, we won’t just rebuild this nation — we’ll transform it.

The Trump campaign’s Tim Murtaugh responded with a question Biden and photos of the results of liberal mobs attacking statues of George Washington, ““Transform it” like this?”

Democrat Senator Tammy Duckworth says she is open to tearing down statues of George Washingtonhttps://t.co/Q7VUX6Jamepic.twitter.com/zJiSgOlYpr