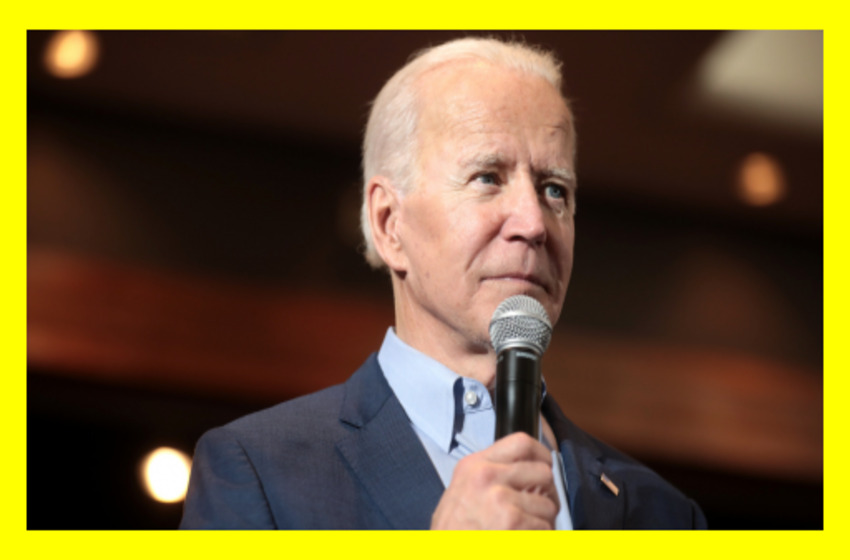 A former staffer for Joe Biden is now accusing the 2020 presidential candidate of sexual assault, saying Biden “digitally raped” her in 1993, according to Yahoo! Lifestyle.

Tara Reade, who worked for Biden back in the ‘90s as a staff assistant, had previously told The Cut back in 2019 that Biden had gotten a little too personal with her and made her feel “uncomfortable.” Reade’s account then was similar to the accounts of other women who said they’d had close encounters with the former vice president, who’s known for getting a little too touchy-feely with women and young girls.

Now, though, Reade says Biden did more than just sniff her hair – he forcibly assaulted her. From Yahoo! Lifestyle:

According to Reade, Biden pressed her up against a wall and digitally penetrated her without her consent. “It happened all at once, and then… his hands were on me and underneath my clothes,” she says. She also remembers him asking “do you want to go somewhere else?” and then, when she had pulled away, “Come on, man, I heard you liked me.” Reade says that “everything shattered” in that moment and his claim that he thought she liked him made her feel like she had “done this” somehow. “I looked up to him, he was my father’s age. He was this champion of women’s rights in my eyes,” she says. “I wanted to be a senator; I didn’t want to sleep with one.”

Reade said she told her brother and a close friend about the assault when it happened, and that she tried to tell her supervisor, who brushed her off before she could finish her story. She has also claimed that she didn’t go public with her account because she was afraid of retaliation, and because she “didn’t have the framework” to deal with what had happened.

Now, based on logic and reasoning, the proper course of action here would be to presume Biden’s innocence – however handsy he’s clearly gotten with women over the years – given that sexual assault is a serious charge and that Reade has provided no proof of the alleged incident that supposedly occurred nearly 30 years ago.

However, at times like these it’s important to recall the most recent case of one SCOTUS Justice Brett Kavanaugh, who was accused by a California professor of having tried to rape her at a party back in high school in the ‘80s – an allegation for which there was no proof, and which was denied by all witnesses who were supposedly in attendance that night.

During the Senate hearings that took over the news cycle for weeks surrounding the Kavanaugh claims, Biden was happy to jump aboard the #BelieveWomen bandwagon and hand the presumption of honesty to any woman who accused a man of sexual misconduct – especially, of course, if that man were a conservative about to be confirmed to the SCOTUS bench.

“For a woman to come forward in the glaring lights of focus, nationally, you’ve got to start off with the presumption that at least the essence of what she’s talking about is real, whether or not she forgets facts, whether or not it’s been made worse or better over time. But nobody fails to understand that this is like jumping into a cauldron,” Biden said during the Kavanaugh hearings.

And so, based on Biden’s own instructions, it seems we must assume then that Reade is telling the truth, regardless of the lack of proof or any present or future holes in her story, and that Biden is therefore guilty of sexually assaulting his former staffer.

It will be interesting to see whether the media reach this same verdict, given the new rules. I’d say the odds of that are about as good as the chances that Christine Blasey Ford actually was assaulted by Brett Kavanaugh – slim to none.