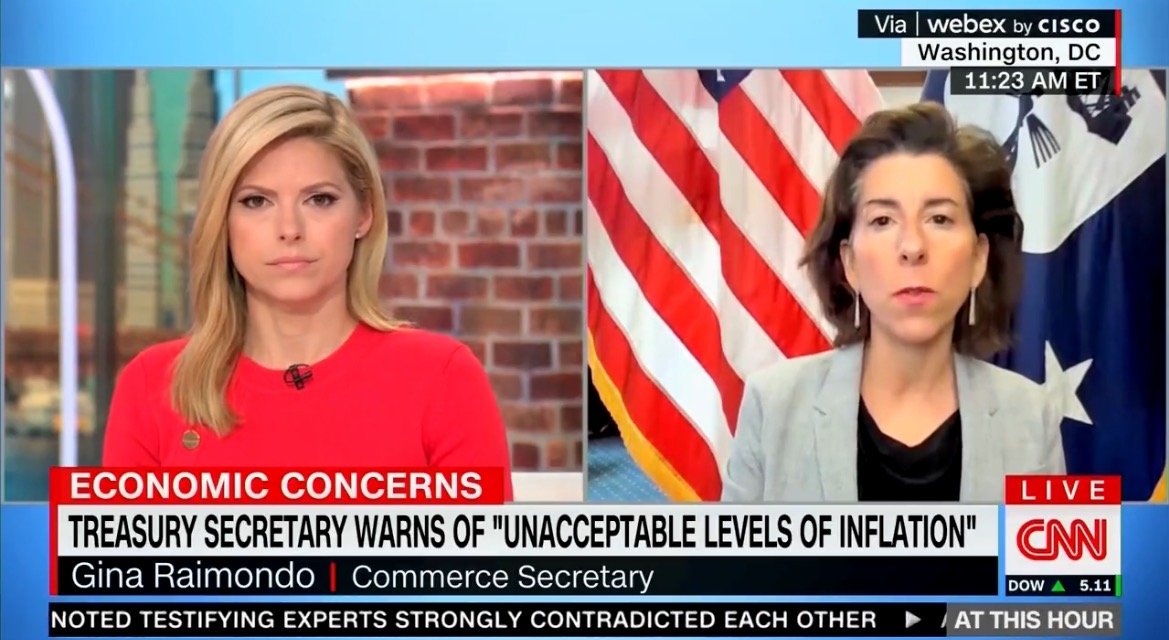 Joe Biden’s inept Commerce Secretary on Tuesday threw in the towel on gas prices and said, ‘There isn’t very much more to be done.’

Gas prices hit another record on Tuesday – gas in 13 states is now above $5 a gallon.

CNN’s Kate Bolduan asked Commerce Secretary Gina Raimondo, “What is actually still on the table to bring gas prices down at this point?”

“The reality is that there isn’t very much more to be done,” Raimondo said blaming Vladimir Putin for the high gas prices.

“Since Putin moved troops to the border of Ukraine, gas prices have gone up over $1.40 a gallon,” she said.

Gas prices were already spiking before Putin put troops on the border of Ukraine.