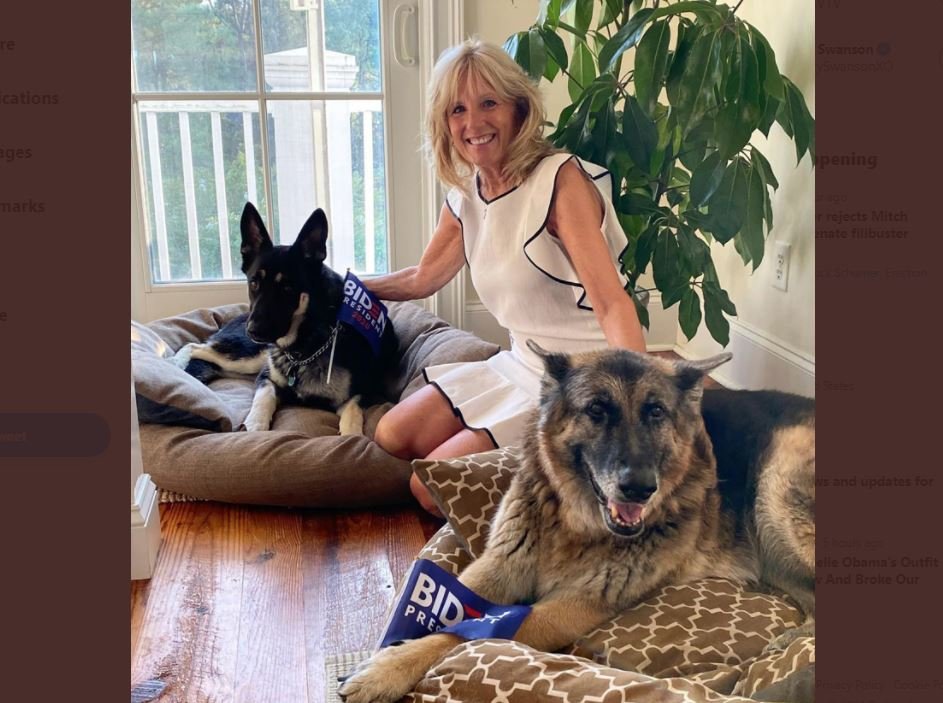 Jill Biden with Champ and Major

Major was adopted by Joe Biden and his handler wife Jill in 2018 from an animal shelter.

Major and Champ moved into the White House in January and they’re already gone.

The condition of the victim was not disclosed but it was serious enough to remove both dogs from the White House.

CNN reached out to the White House for comment and did not immediately receive a reply.

Major, who is 3 years old, is the younger of the two Biden dogs, and has been known to display agitated behavior on multiple occasions, including jumping, barking, and “charging” at staff and security, according to the people CNN spoke with about the dog’s demeanor at the White House. The older of Biden’s German Shepherds, Champ, is approximately 13 and has slowed down physically due to his advanced age.

Joe Biden admitted that he doesn’t know how to treat his dogs.

Joe Biden supposedly slipped and fractured his foot while playing with his German shepherd Major back in December.

Biden said he was fresh out of the shower when he began chasing Major and tried grabbing his tail when he fell down and broke his foot.

“I’m walking through this little alleyway to get to the bedroom and I grabbed the ball like this and he ran and I was joking running after him to grab his tail. And what happened was he slipped on a throw rug and I tripped on the rug he slid on,” said Biden.

No wonder Biden’s dogs are nervous and aggressive!