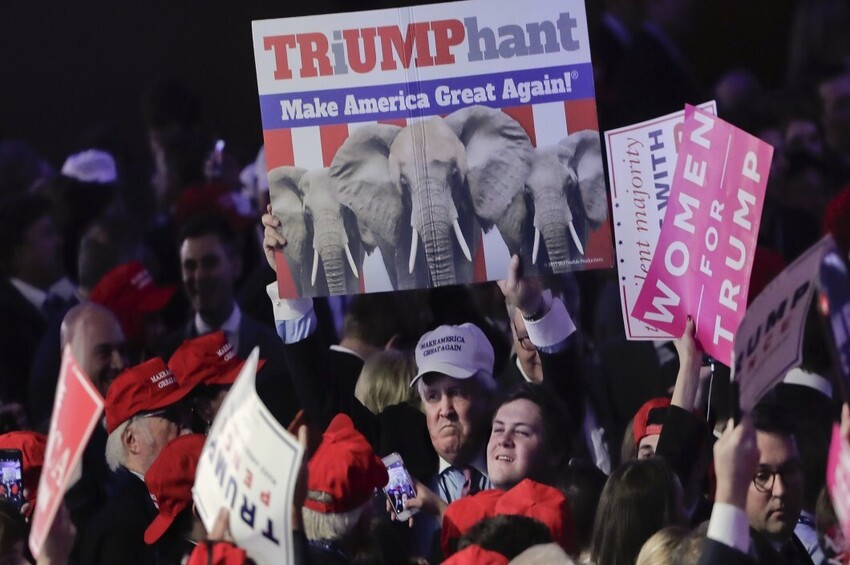 Looking at the data, contrary to expectations, impeachment has yet to move the needle, said Bolger. Both national polls and those from battleground states have improved for Trump in recent weeks.

“It could come down to a handful of states, and as in 2016, a relatively small number of votes, and could potentially blow wide open,” Rove told the Washington Examiner. “But, I think that depends on who the Democrats nominate, how extreme are they, and how effective is the president at making the case that they are out of the mainstream.”

Rove said Trump’s campaign is covering its bases. “The best news for him is that his team is not taking it for granted,” Rove said. “They are not resting on the Ray Fair model that says the economy is so good that we are going to win easy. They recognize that these are unusual times, the country is deeply polarized, and the Democrats are energized.”

A key test, Rove said, will be the president’s State of the Union address and the weeks leading into it as he lays out his next act. “His political team has a realistic view. They understand they are in for a real battle. That matters, because the way that you lose as an incumbent is by thinking, ‘I’ve done a good job, and the people are going to reward me.’ Voters do not reward first-term presidents simply for doing a good job,” Rove said.

Republicans and Democrats have touted their work on the United States-Mexico-Canada Agreement trade deal, but according to Bolger, a more significant indicator is how people feel about foreign trade in general. If the economy remains as strong as it is, even if they dislike the deal, they may regard it more favorably.

“The economy is the Big Kahuna,” Bolger said, but there are other matters voters will consider as well. “Persuadable voters, swing voters are going to weigh the state of the economy, how they feel about the president personally, how they think he’s doing with foreign affairs — in terms of, ‘Is the world generally at peace or are there major problems?’ Many factors could come into play.”

Trump’s base, meanwhile, sees him trying to deliver on promises made during the 2016 campaign.

In 2016, Trump promised to stack federal and district court benches, a priority for evangelical voters, and has appointed — and the Senate confirmed — nearly 200 federal judges.

The president has also rung up a score of other achievements certain to drive his base to the polls, including renegotiating NAFTA, which became the newly passed U.S.-Mexico-Canada Agreement, withdrawing from the Paris climate accords, enacting tax reform, strongly supporting Israel, rebuilding the military, and at least attempting to curtail illegal immigration while starting to build the border wall.

Bolger agrees with Rove that the race could be close and that who Democrats nominate will play a significant role.

According to one source close to the White House, the reason candidate Biden is a “little more formidable for Trump than some of the others” comes down to groups that Trump needs to recapture to win reelection — namely seniors, conservative minorities, and white working-class voters, all constituencies that, according to polling, are interested only in Biden among Democrats.

Arizona is another issue for Trump, according to this source. “They see him as brash, preferring a Mitt Romney-type Republican to a Donald Trump-type Republican.” Arizona’s large Mormon population has used the ballot box to voice objections to anti-immigrant rhetoric in the past.