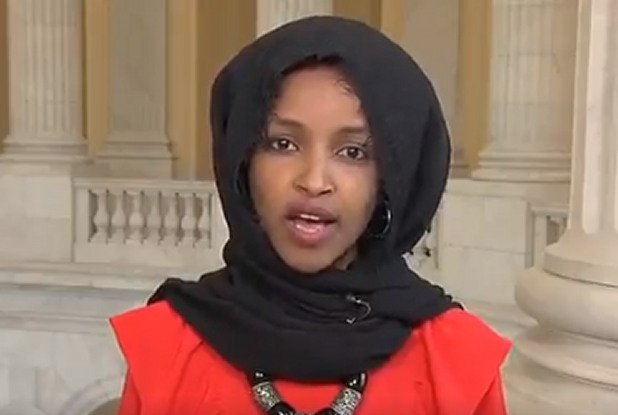 Rep. Ilhan Omar has been popular with the radical left, but she has been nothing but a headache for the Democratic party.

She has made numerous comments which go from controversial to downright shocking. She has been at the center of more than one investigation and has had questionable financial arrangements with her husband who is also affiliated with her campaign.

As a result, the Star Tribune in Minnesota has endorsed her primary opponent.

The Minnesota Star-Tribune endorsed one of Rep. Ilhan Omar’s (D-MN) primary challengers and suggested that the first-term congresswoman has failed to “unite” her district.

The Star-Tribune, the largest newspaper in the state, endorsed Democratic candidate Antone Melton-Meaux over Omar in an editorial published Wednesday. The race for Omar’s reelection has attracted millions of dollars in an effort to unseat the incumbent with a history of anti-Israel and anti-Semitic comments…

“Omar’s 2018 victory launched her into the national spotlight as the first Muslim woman and first refugee elected to Congress. But her time has been marred by missteps, including remarks on Israel widely regarded as anti-Semitic, an outsized number of missed votes, and campaign-finance issues,” the board continued, noting that “Omar has sent more than $1.6 million to her husband’s D.C. political consulting firm, E Street Group, and is herself the target of a Federal Election Commission complaint regarding travel expenses.”

“It is just these kinds of ethical distractions that the Fifth District could do without,” the board said.

Breaking the law is an “ethical distraction”?I’ll see how that goes over when I’m stopped for speeding

We do not need an Omar in Congress. She is freedom’s worst critic and has taken advantage of our country which she deceived her way into. Ethical Distractions is a mild word for what she represents.

‘Ethical Distractions’? That’s a laugh. She’s a corrupt Communist twit taking advantage of stupid people to make herself and her family rich off taxpayer money.

Omar’s time in Congress may be very short lived.