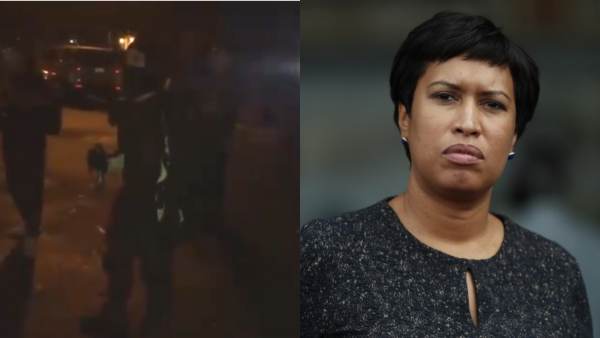 As the Gateway Pundit previously reported, at approximately 3:51 p.m. on Wednesday, uniformed police officers responded to a call to investigate a man in a vehicle with a gun. When they arrived, they found four people in the vehicle. Two of them fled, including Kay.

During the chase, Kay brandished a firearm. At this point, an officer fired one single shot, hitting Kay. The suspect was transported to the hospital for treatment, but it was unsuccessful.

Before many details about the incident were known, a Black Lives Matter mob had gathered at DC’s 7th Precinct. They held their public tantrum there for a little while, before a group decided to go protest at Mayor Muriel Bowser’s home.

Bowser, of course, renamed a portion of the street outside the White House in honor of the far-left extremist organization and vandalized the street with an eyesore of a BLM mural.

The group has vowed to return to the mayor’s home at 6 a.m. on Thursday.

Body camera footage of the shooting is also expected to be released on Thursday.