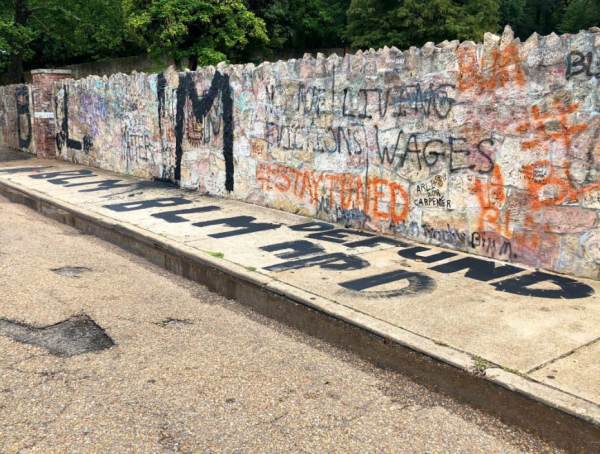 Nothing is safe from the mob. Not even Graceland.

They are removing graffiti that appeared overnight in front of @VisitGraceland

Several iconic landmarks in Memphis were hit by graffiti overnight, including the former home of Elvis Presley.

Messages of “Defund the Police” and “BLM” marked the wall outside Graceland on Elvis Presley Boulevard, the Levitt Shell Amphitheater in Overton Park and the “I Heart Memphis” mural in midtown Memphis.

All three were found tagged Tuesday morning with similar messages, some using profanity.

“We were just driving by this morning and we looked over,” said Alice Self, Elvis fan. “We just couldn’t believe it. We were just stunned by it.”

“This is totally uncalled for,” said Stanley. “One of the saddest days of my life. I mean, besides the day that Elvis passed away, this right here is right up next to it.”