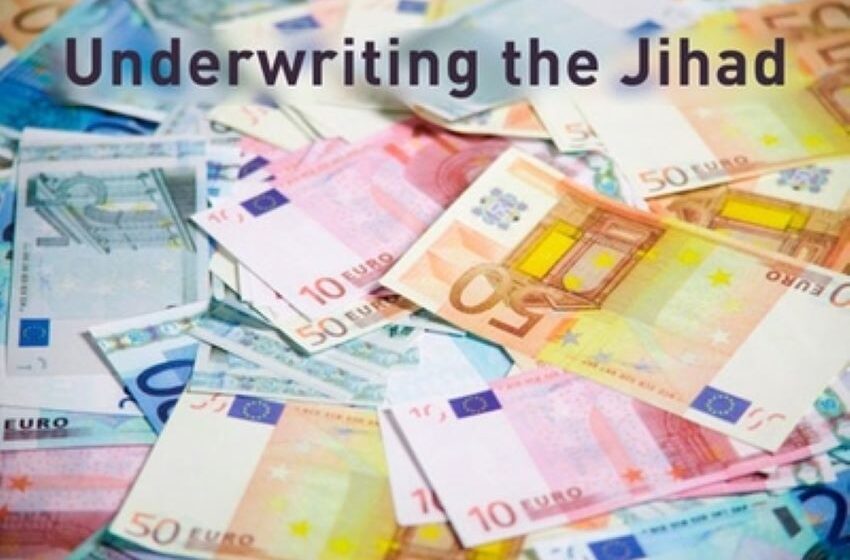 When Samir Azzuz was convicted of financing terrorism last month in the Netherlands, it was not the Dutch-Moroccan’s first terrorism rodeo: in 2006, as a member of the Dutch terror cell the Hofstadgroep, his detailed plans for terror attacks on the Dutch security agency AIVD and on various politicians landed him a 13-year sentence in a maximum security prison.

The Hofstadgroep is best known for a terror attack by another member, Mohammed Bouyeri, who in 2004 shot and stabbed controversial filmmaker and writer Theo van Gogh in broad daylight on a busy street in Amsterdam, killing him.

After his early release in September 2013, Azzuz wasted little time resuming jihadist activities – this time raising funds to help smuggle so-called ISIS brides and their children out of the detainee camps where they are currently being held in Syria. In all, Azzuz, who was arrested again in 2019 on charges of financing terrorism, is believed to have raised more than $107,000 from various sources. More than 15 ISIS brides have found their way back to the Netherlands. And though another Hofstadgroep member told Dutch newspaper NRC Handelsblad in 2020 that the cost to smuggle a woman out of the camps at that time was about $5000, it is not known how many of those Azzuz helped finance.

Azzuz is by no means the only one. Dozens of men and women in Germany, Austria, the UK, France, and elsewhere have been charged with terror financing for their work raising funds to “liberate” women and children from the camps – often under the guise of “humanitarian aid” – an excuse Azzuz has used as well.

“If you know that somewhere, children are dying of hunger, then you help them,” Azzuz told the NRC in 2019.

Most countries have instituted programs for official repatriation, but the efforts are largely random and haphazard. Consequently, for many ISIS brides, being smuggled out of the camps back to their home countries or into ISIS-run communities in Syria and Iraq, has been the option of choice.

“We have continually found evidence of pro-ISIS fundraising campaigns for ISIS women and children, both to support them in the camps and to help them to smuggle out of the camps,” Anne Speckhard, director of the International Center for the Study of Violent Extremism (ICSVE), told the Investigative Project on Terrorism in an e-mail.

In 2020, for instance, French authorities arrested 29 people caught in a scheme to finance ISIS members via cryptocurrencies. A year later, a British court sentenced ISIS member Hisham Chaudhary to 12 years in prison for attempting to free jihadists from Syrian prisons using bitcoin. “We’ve been doing this for years,” he reportedly wrote in 2019, “but no one has been caught by the virtue of Allah.”

Many of these campaigns operate “in plain sight on Instagram and other social media platforms in the West,” Speckhard said. Others take place on encrypted apps.

In some cases, she said, pro-ISIS men in the West are also called on to marry women in the camps and support them financially. Those funds are then used either for basics like food or to pay smugglers for their escape to Idlib, where they are assumed to rejoin other ISIS members in hopes of a resurgence and future restoring of the Caliphate.

Alternatively, those monies are instead raised through crowdfunding efforts by the women themselves, usually in partnership with former ISIS members who escaped before the Caliphate’s 2019 fall, Vera Mironova, author of From Freedom Fighters to Jihadists, wrote for Lawfare. Once a woman does escape, additional money is provided to support her life in Idlib.

Azzuz’s declarations of humanitarianism and the very real need for food and other basics in the camps aside, it is largely only the pro-ISIS women who receive foreign funds. Many of those women then use the money as a means to appeal to younger girls, Speckhard said, luring them into ISIS ideology with small gifts and luxuries like hair clips, generally unaffordable to non-ISIS women or their daughters, who are less likely to be bankrolled.

Yet despite concerns about funding these women’s escapes, Speckhard and others, like John Saleh of the Washington Institute, point to the very real dangers of allowing women to remain in the camps.

“A group of women’s cells affiliated with ISIS have been forcefully imposing ISIS’s ideology on other women within the camp,” Saleh reports. Moreover, many ISIS supporters continue to form religious police forces, or hesba, within the camp, enforcing the Caliphate’s Islamist mandates such as the wearing of veils, and banning dancing or music.

Even more disturbing, however, are the efforts of these pro-ISIS women to recruit children. “Essentially forgotten by the international community, about 28,000 children inside [camp Al-Hol] are living without education and health care,” Saleh notes. “Without formal education … children there are largely being taught by their mothers, and according to UN and Kurdish officials, ISIS mothers are often indoctrinating their children with ISIS ideology. As a result, ISIS ideology is filling the gap in children’s education and radicalizing the camp’s youth … and so many children have no way to escape this ideological upbringing.”

Other ISIS mothers, Speckhard has found, are training their children in physical warfare, “rearing the next generation of fighters of the terrorist group.”

What’s more, Saleh notes, “reports have emerged that pro-ISIS women are forcing adolescents … to marry ISIS girls and women in order to produce more children loyal to ISIS.” Which may be why, as Saleh points out, Commander General Kenneth McKenzie stated at the American Enterprise Institute in April, 2021 that, “unless we find a way to repatriate them, reintegrate them, and deradicalize them, we’re giving ourselves a gift of fighters five to seven years down the road.”

That was more than a year ago. Yet nothing has been done, and the clock keeps ticking.

Which returns us to the issue of fundraising and the smuggling of pro-ISIS women out of the camps, many of whom aspire to return to their home countries to continue their recruiting and their fights on behalf of the Islamic State – and several of whom already have. Many counterterrorism experts across Europe argue that Western governments would be better advised to oversee the repatriation of these women so that their returns can be controlled, and so they can be prosecuted accordingly, including mandatory imprisonment, surveillance, and compliance with reintegration and deradicalization programs.

But even that might not be enough, Speckhard told the IPT. “That some of these women … remain so highly committed to ISIS and deeply radicalized and are training their children the same, underlines the deep need for thoughtful deradicalization programs to be instituted in the camps where these women can examine how they really want to live, what their limitations were both in their home countries and in Syria under ISIS, and in programs where Islam can be taught in a manner that these women can see that the takfir ideology does not actually represent the teachings of Islam as interpreted by the top Islamic scholars of the world.”

Yet such programs, whether in the camps or in their countries of origin, rely on the successful deradicalization of these women and their children. And while some terrorists, like counterterrorism experts Mubin Shaikh, Maajid Nawaz, and former fellow Hofstadgroep member Jason Walters, have entirely renounced their jihadist beliefs, Samir Azzuz is evidence that not everybody will.

Nonetheless, Speckhard argues, repatriation is “the least risky” of the options available to us in the West. Otherwise, she said, “the danger increases when [these women] are fundraising, radicalizing and arranging escapes for themselves, the other children in the camps, reradicalizing hopeless former ISIS women and plotting against us from afar when we can do next to nothing to stop it.”