These moves so close to Election Day are big deals!

Kelly has raised far more money, and he is dishonest about his policies, but somehow the message of what he stands for is getting out.

Cook Political changed its rating due to private polling, especially since support for Biden dropped in Arizona.

McConnell pulled $5 million from the race, but Heritage stepped in with the same amount.

Cook writes, “Biden defeated Trump by just 0.3 points, 49.2%-48.9%. And with Biden now polling far behind his 2020 percentage, even if Kelly outpaces the president by more this year, it could still not be enough.”

Kelly has made the border crisis his main talking point, calling out fellow Democrats and Biden for ignoring the crisis. That’s laughable since he fully supported everything Biden did on the border until recently.

Politico agrees that Biden’s drop in Arizona is responsible for the rise of Masters, but the “electoral environment and relative strength at the top of the ticket” has also helped him.

Gubernatorial candidate Kari Lake is pulling ahead, and Katie Hobbs is a terribly weak candidate who hides in the basement, away from debates and challenging questions.

Stephen Miller wrote about Kelly’s achievements. “Mark Kelly is the worst Senator in Arizona history. In 2 years, his only achievements are:

Kelly has name recognition, and he was an astronaut, which is why he’s popular.

Watch his paid staffer talk about how he lies about his beliefs: 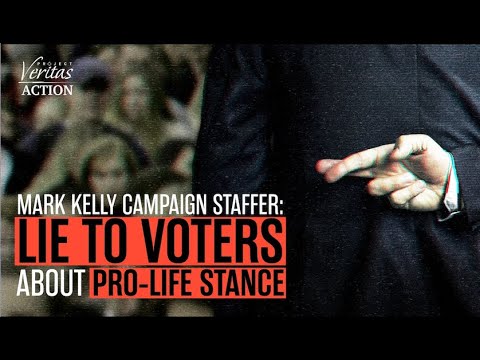 Mark Kelly’s Paid Staffer: He Hides His Real Beliefs to Get ElectedOctober 26, 2022In “Home of News, Politics & Opinion”

Who Is Mitch McConnellOctober 9, 2022In “Home of News, Politics & Opinion”