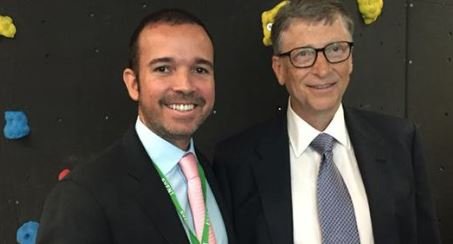 A photo resurfaced on Friday night of Smartmatic CEO introducing creepy Bill Gates at the Global Citizen Conference in June 2015.

The Global Citizen is a globalist social justice organization aimed at ridding global poverty through socialism.

The organization includes the support of prominent leftist leaders including Bill Gates, the Obamas and Pope Francis.

Antonio Mugica is a former Chavez lackey and is the founder and CEO of Smartmatic voting systems.

In 2017 Antonio Mugica admitted their system was able to create “at least one million” phantom votes in that year’s Venezuelan election.

And here is Mugica with Bill Gates at a globalist convention.

Our CEO introduces @BillGates to Smartmatic’s efforts to improve elections around the world. At the @GlblCtzn meeting pic.twitter.com/XEUw8P8lPA