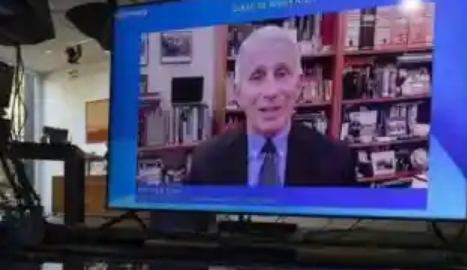 The idea that COVID originated in a lab was never a conspiracy theory. Experts deliberately shut down the very plausible hypothesis that COVID came from a lab. Anyone who tried to propose the idea were canceled by left-wing ‘experts’ and media, like The Washington Post.

The Intercept recently published newly unredacted emails showing that those same “experts” seriously believed COVID could have come out of the lab.

Scientists like Dr. Fauci and other subject matter experts repeatedly sent messages to each other during the early days of the pandemic. Those messages showed that many of them harbored doubts about the possibilities of a natural origin.

As soon as they realized the implications, they switched positions dramatically.

The newly released emails raise serious questions about Dr. Fauci’s motives in eliminating all considerations of the possibility that the novel coronavirus had escaped from the Wuhan laboratory.

Fauci also misled Congress over the extent that the National Institutes of Health had funded the Wuhan lab as a subcontractor of EcoHealth Alliance. The Pentagon gave millions to the Wuhan Laboratory

We knew this from the beginning, but now we have more proof.

Fauci was so concerned about the possible implications of a lab leak that if their concerns of the virus being “engineered” were confirmed, it should be reported immediately.

“He should do this very quickly, and if everyone agrees with this concern, they should report it to the appropriate authorities. I would imagine that in the USA, this would be the FBI, and in the UK, it would be MI5,” he wrote.

International experts quickly organized a conference call to discuss, and Fauci famously emailed one of his top employees that he would need to speak with him.

“It is essential that we speak this AM. Keep your cell phone on. … You will have tasks today that must be done.”

One expert said he was “70:30” or “60:40” in favor of an “accidental-release.” Another said he essentially couldn’t imagine the virus occurring naturally.

“I just can’t figure out how this gets accomplished in nature. … it’s stunning.”

Then They Changed Their Minds

A month later, the journal article came out and claimed it couldn’t have come from a lab.

“I agree that we really cannot take Ron’s suggestion about waiting,” Fauci emailed. “Like all of us, I do not know how this evolved, but given the concerns of so many people and the threat of further distortions on social media, it is essential that we move quickly.”

“Critical that responsible, respected scientists and agencies get ahead of the science and the narrative of this and are not reacting to reports which could be very damaging,” he wrote.

That’s an indictment of their motives.

Dr. Fauci Spun the Lie That the Lab Leak Theory Was ConspiratorialJanuary 29, 2022In “Home of News, Politics & Opinion”