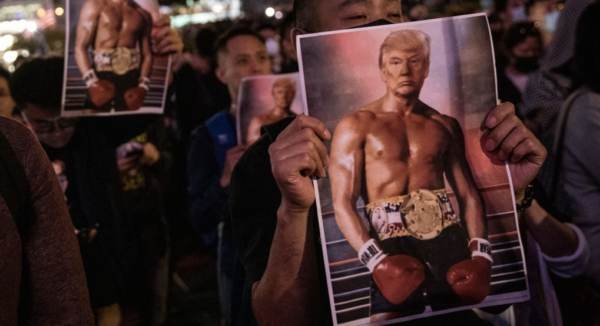 President Trump was interviewed last week with the fighters in Saturday night’s fight and asked who he would fight if he had to fight someone.  The President didn’t want to fight one of the boxers but he did know who he could take in about 3 seconds.

President Trump was asked if he had to fight someone, who would it be and what would the fight look like.  This question came from the announcer in an event in Florida with legends of fighting Saturday night.

President Trump responded to – who would it be and what would it look like:

Oh, I’d like to take him behind the bar, oh and he’d be in big trouble.  I think Biden would go down within the first few seconds.