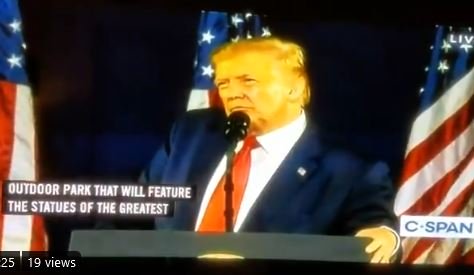 The president defined the current battle between good and wickedness in America today. President Trump vowed to defend America, its heroes and its history.

This is while Democrats vow to tear down statues, rewrite history and defund police.

President Trump unloaded on the violent far left movement that is wreaking havoc in America today from coast to coast.

In concluding his speech President Trump announced an executive order for a Statue Garden!

President Trump: “I am signing an executive order to establish The National Garden of American Heroes, a vast outdooor park that will feature the statues of the greatest Americans who ever lived.

WHAT THE ENEMY MEANT FOR HARM, TRUMP CONQUERS! National Guard of American Heroes, a vast outdoor park dedicated to featuring the statues of the Greatest Americans who ever lived. pic.twitter.com/pw7v7k1tRg