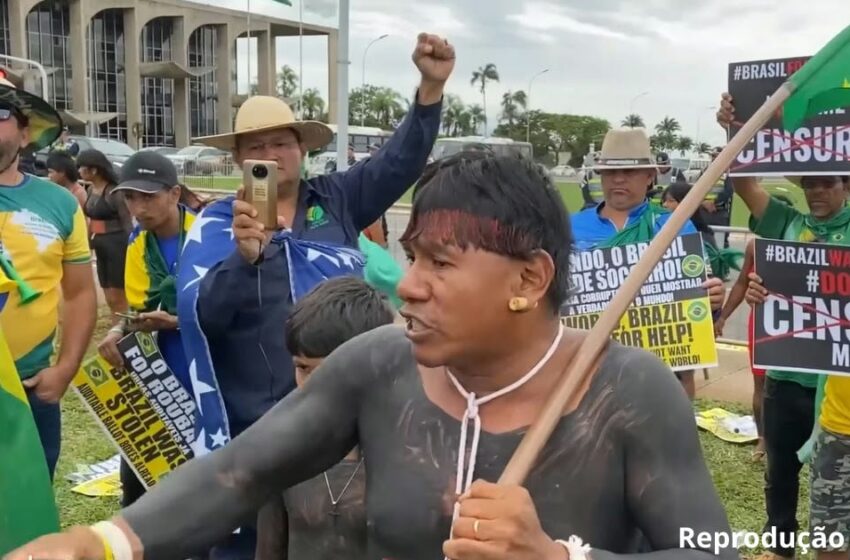 Chief Serere has been imprisoned since Dec. 12 for the crime of protesting

Indigenous chief and pro-democracy protestor Pastor José Acácio Serere Xavante suffered a medical emergency Jan. 4 after being held without charges for almost a month. His wife fears he may have had a heart attack. Shortly thereafter, the firebrand Bolsonaro supporter released an odd letter apologizing for his protests and calling corrupt Communist President Lula “Brother”.

Pastor Serere was brutally arrested by Brazil’s Stasi Federal Police Dec. 12 in front of his wife and kids (Gateway reported) for leading the pro-Bolsonaro protests in Brasilia and has been held without charges since.

“I am here to say that my husband Serere is a pastor, a dignified, honest man, a man who knows the word, who preaches the word, who defends what is right. It’s not fair that he’s in jail just because he speaks the truth, because he thinks of Brazil first, our homeland, our family. He is paying for a crime he did not commit. It has be a month since he has been arrested and I want my husband back”, says Sueli.

„We have six children, and I need my husband home. The authorities must release him. he is sick, and has severe diabetes. He could have a heart attack at any time, and die. And who will bring him back to us then? He must be released. This is what I am begging you for.”

An unidentified indigenous witness said that “Serere suffers from advanced diabetes and he has to go on a diet of food and medication. And with all that he has been living in prison for almost 30 days, this has been affecting him a lot as a person and also his health. So, today, he felt sick and was attended to.”

Indigenous Deputy Silvia Waiãpi said that “a medical team was summoned for emergency care due to a possible metabolic alteration related to supposed non-insulin diabetes.”

On Jan. 5, the firebrand native preacher suddenly did an about-face, with his lawyer Jéssica Tavares issuing a letter of apology that sounds like a hostage letter composed under duress.