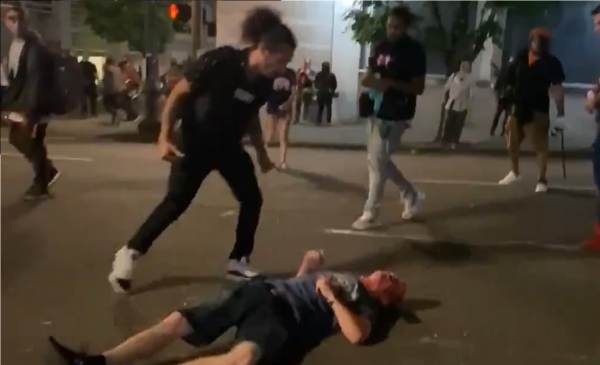 The anonymous message board 4Chan has once again proven to be one of the nations best intelligence services, as they have seemingly identified the man who dealt the final kick to a man who was savagely beaten by rioters in Portland on Sunday evening.

The rioters appeared to be attempting to murder the man after beating a white woman who may or may not have been with him.

As Gateway Pundit previously reported, the terrorist mob gathers round the man’s limp body as he bleeds from his head. Voices are heard saying “call 911. Another says a “medic” is there.

While the man laid unconscious, the mob robbed his truck.

TONIGHT: Here is what took place before the man crashed his car into a tree here in Downtown Portland

He then began to drive away to evade them pic.twitter.com/5oPev8Fiar

BREAKING: After causing a white man to crash his truck in downtown Portland, BLM militants then beat the man and knock him unconscious

Here are the moments shortly after the man crashes due to BLM harassment and before they knock him out in Portland pic.twitter.com/JcrJ5w3ty8

The animal who ran up and punched the man after he had already been brutally beaten to the point of nearly losing consciousness has been identified by 4Chan users as Keese Love, whose Facebook profile lists him as a ramp agent at Portland International Airport. He also works as a DJ in the evenings.

His real name is believed to be Marquise Love.

The man who kicked him is named Keese Love. He works for the Portland Airport (security jacket) and spends his nights DJing. https://t.co/2EaU0SC9Gehttps://t.co/R6R7aFtxW3

What if the citizen was armed?pic.twitter.com/AN0knAAt7X 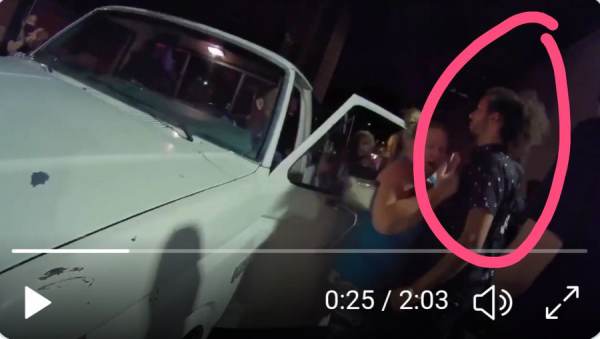