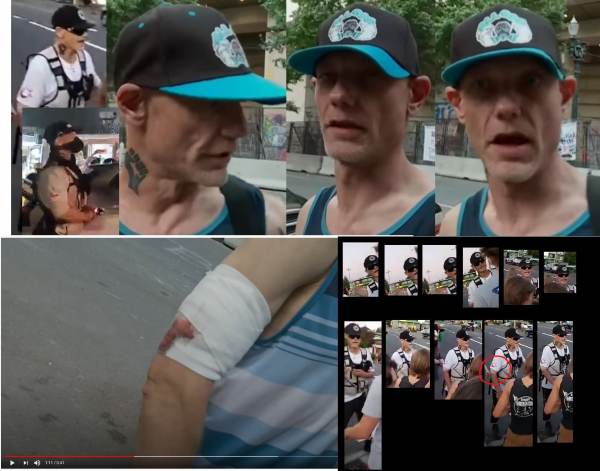 Andy Ngo is reporting that US Marshals went to arrest Reinoehl. He was killed in Lacey, Washington.

MORE: Reinoehl had fled the state of Oregon and crossed state lines to Washington.

A federal fugitive task force located him outside of Olympia, where he was killed as they moved in to arrest him.

Portland police issued a warrant for his arrest earlier today.

Aaron Danielson was walking down the street at night when he was shot in the chest by Reinoehl.

Conservatives were outraged that five days after Reinoehl murdered Danielson he was still freely walking around and even gave an interview to Vice News.

Reinoehl seemingly admitted to killing Danielson in his interview with Vice.

“I had no choice. I mean…I had a choice. I could have sat there and watched them kill a friend of mine of color. But I wasn’t going to do that,” Reinoehl told Vice News.

“You know, lots of lawyers suggest that I shouldn’t even be saying anything, but I feel it’s important that the world at least gets a little bit of what’s really going on,” he said.

Shortly before it was reported that Reinoehl was killed by law enforcement, President Trump lashed out at Portland police for letting the killer roam the streets.

Why aren’t the Portland Police ARRESTING the cold blooded killer of Aaron “Jay” Danielson. Do your job, and do it fast. Everybody knows who this thug is. No wonder Portland is going to hell! @[email protected]