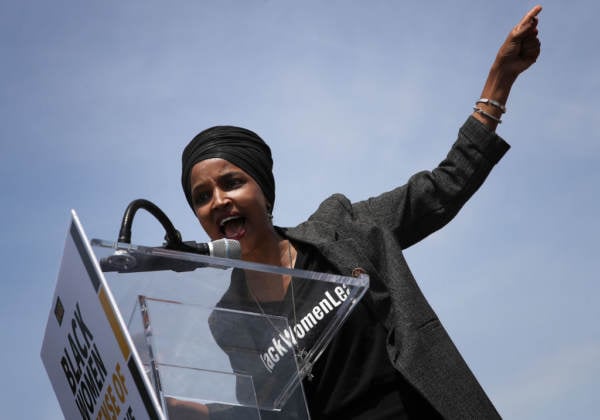 McCarthy told the Republican Jewish group that he will keep his promise if he becomes House Speaker and remove Ilhan Omar from the Foreign Affairs Committee.

Kevin McCarthy: “I promised you last year that as speaker she will no longer be on Foreign Affairs, and I’m keeping that promise.”

Under Pelosi’s leadership House Democrats removed Marjorie Taylor Greene from her committee assignments for statements she made years ago. And, of course, nothing MTG said can hold a candle to the toxic, hateful remarks by Ilhan Omar.

Last year, I promised that when I became Speaker, I would remove Rep. Ilhan Omar from the House Foreign Affairs Committee based on her repeated anti-semitic and anti-American remarks.

Speaking of Ilhan Omar — isn’t it about time Ilhan is brought up on charges for marrying her brother and committing immigration fraud?