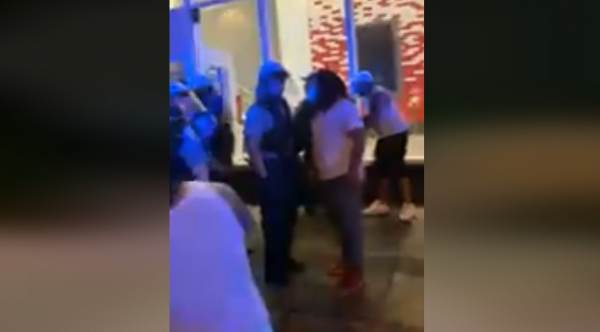 A caravan of vehicles was carrying dozens of looters from store to store, according to reports.

A Facebook user with the name Aero Finesses was enthusiastically livestreaming and encouraging the destruction while celebrating the amount of live viewers on his stream.

Along with the vandalism and looting, cars were also being lit on fire.

Meanwhile, in Chicago looting has started and now a car is on fire. #Chiraq

Looting was also taking place in Seattle, where a Whole Foods, Chase Bank and Starbucks were attacked.

Windows broken at a Whole Foods Market in Seattle tonight. Security officers are purportedly inside protecting the merchandise, limiting property damage to the exterior #Seattle#seattleprotestpic.twitter.com/31O4pVbdRN