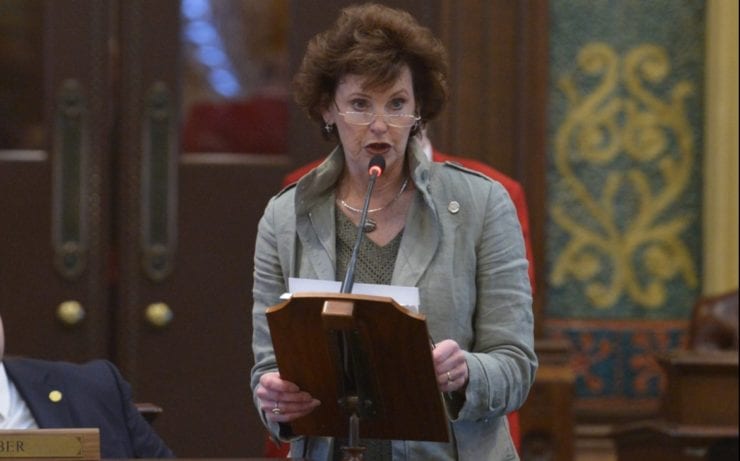 Eclusive report by  100 Percent Fed Up-  Unlike most of her fellow Republican and Democrat lawmakers in the Michigan legislature, MI Rep. Daire Rendon (R-Lake City) has chosen not to cherry-pick evidence of voter fraud in Michigan but instead, to look at all of the evidence presented to the lawmakers in an objective and open-minded manner. Rendon also refuses to ignore the will of Michigan citizens she represents, who are calling for a full and conclusive investigation into the November 2020 election.

Yesterday, in a phone conversation, Rep. Rendon told 100 Percent Fed Up that she’s very disappointed in the MI Senate Oversight Committee’s report on the November 2020 election in Michigan.

Last week, the MI Senate Oversight Committee Chair Ed McBroom and MI Senate Majority Leader Mike Shirkey, who have both admitted they would consider a forensic audit if Arizona finds meaningful evidence of voter fraud in their forensic audit, released a report stating that they could find no evidence of  “widespread or systemic fraud” in Michigan’s November election.

Why would these two MI Republican Senators say they’d consider a forensic audit if they already claim they’ve found no evidence of widespread or systemic voter fraud in the election?  Why would Senate Majority Leader Mike Shirkey say he’s been talking to the Arizona officials and would consider a forensic audit after telling the media last week, “I believe what we’ve done in our oversight process is equal to, or more robust than what they’ve been doing.”?

On December 16, House and Senate Oversight Committees sent subpoenas to Detroit and Livonia city clerks, demanding they surrender surveillance video from the TCF Center, hard drives, emails, absentee voter counting board laptops, and other election-related materials. Recently, 100 Percent Fed Up reported about how the House and Senate Oversight Committee chairs are making members of the MI state legislature sign an NDA (Non-Disclosure Agreement) to look at the subpoenaed evidence? So why have committee chairs refused to allow the public to see what they found in the subpoenaed evidence?

The MI Senate report completely ignores the threats and intimidating behavior hundreds of GOP and Independent poll challengers endured at the hands of paid election workers, supervisors, and outside, leftist agitators.

The report never mentions Jessy Jacob, a City of Detroit employee who bravely came forward to testify about the fraud she witnessed while working on the elections as a paid employee.

In their report, the MI Senators attempt to discredit Mellissa Carone, a Dominion contract worker who signed a sworn affidavit regarding the multiple ballots