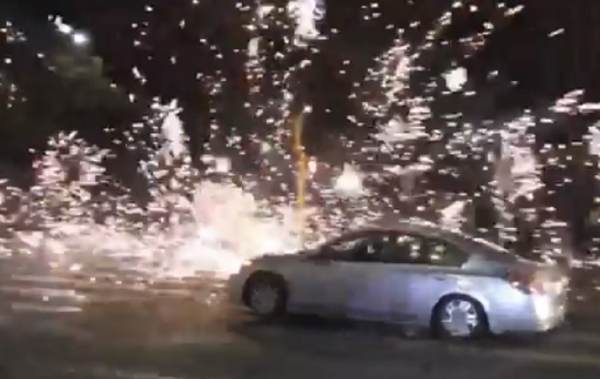 Destruction and rioting started back up in Minneapolis on Thursday after false reports of a fatal police shooting which turned out to be a suicide.

Police were approaching the man when he pulled out a gun and shot himself. Immediately, everyone blamed the police for his death, without bothering to wait for more information.

In Minneapolis, a man killed himself. Someone spread a false rumor this was a police shooting. Some people opportunistically started rioting/lotting. In order to rebut the rumor, the Minneapolis PD released a Twitter video of his suicide.

This is a bad time.

Late in the evening, dozens of shots were fired.

The moment shots were fired in Minneapolis https://t.co/qKr7CjUqVr

Some initial reports have said that people were shooting at police, but little information about the incident is currently known.

Earlier in the evening, a member of the “Boogaloo boy” anti-government militia threatened to shoot officers if they fired at “protesters.”

Multiple businesses in the city have been looted, burned and destroyed. Police have announced that they will no longer be able to respond to the area and that injured people will need to be brought to the hospital.

This is an ongoing situation and the Gateway Pundit will continue to provide updates as they become available.