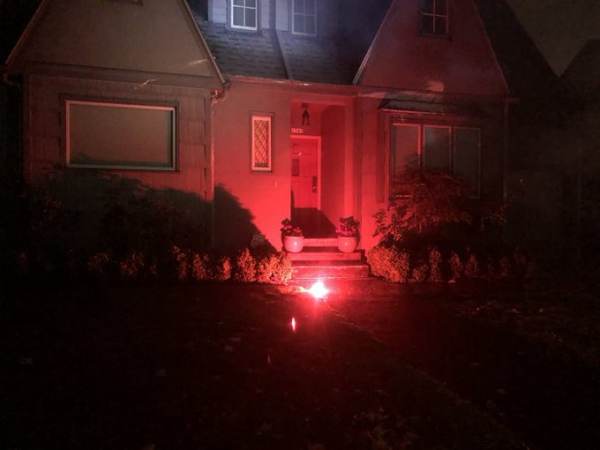 mob of far-left Antifa militants are mobbing the home of Portland city council member Dan Ryan for voting against an amendment to defund the police.

The mob was at his home after 9 p.m., shining bright lights at his windows and chanting in the street. His home was also egged and splattered with paint.

A mob of antifa have descended on the home of Portland city council member Dan Ryan for voting against @JoAnnPDX’s amendment to defund police. Defund police just before the outbreak of civil war? Seems fitting. #PortlandRiotspic.twitter.com/sKGSwHiwye

Protesters came to Dan Ryans house after he voted No on defending $18 million from the Portland police. House was egged, and paint thrown pic.twitter.com/bSMU9HBwu7

Commissioner Ryan was the swing vote in the decision not to cut $18 million from the Portland police.

“After nearly six hours of testimony Wednesday evening, Ryan in effect cast the deciding vote—to not have a formal vote on Hardesty’s proposal, saying he needed more information about the impact the cuts would have on the bureau. He sided with Mayor Ted Wheeler and Commissioner Amanda Fritz in delaying a vote until Nov. 5,” the Willamette Week reports.

On Thursday, the effort failed, 3-2, with Commissioner Ryan joining Wheeler and Commissioner Amanda Fritz in voting it down. Commissioners Chloe Eudaly and Hardesty voted in favor.

Antifa pulled up to Portland city council member Dan Ryan’s house. He voted against an amendment to defund police. pic.twitter.com/E87Ovglwep