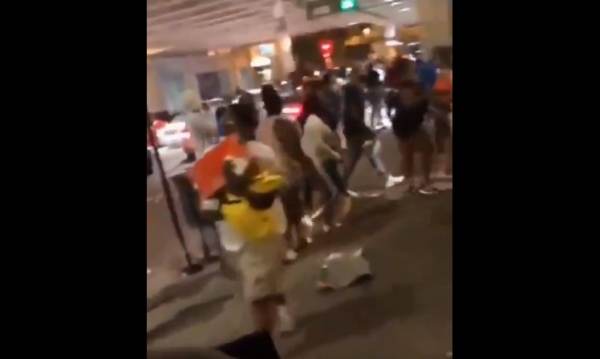 Shots were fired on Sunday night in Chicago as rioters looted a Louis Vuitton store on Walton and Michigan St.

There was massive widespread looting throughout the city, as violent racial unrest continues to sweep the nation.

It is unclear at this time who fired or if anyone was hit. The shots could be clearly heard in multiple livestreams.

Saw it on a multi stream I think the name on it is Deon Cavin pic.twitter.com/gv1Ov5dEyi

A group of women were also threatening each other with knives according to a livestreamer who was at the scene.

G they getting active downtown Chicago

as soon as the live cut off I heard gun shots

Over 100 people were swarming the luxury store according to the police scanner. They also targeted Gucci, Timberland and multiple other stores.

Louis Vuitton store is being looted#Chicago#ChicagoProtests