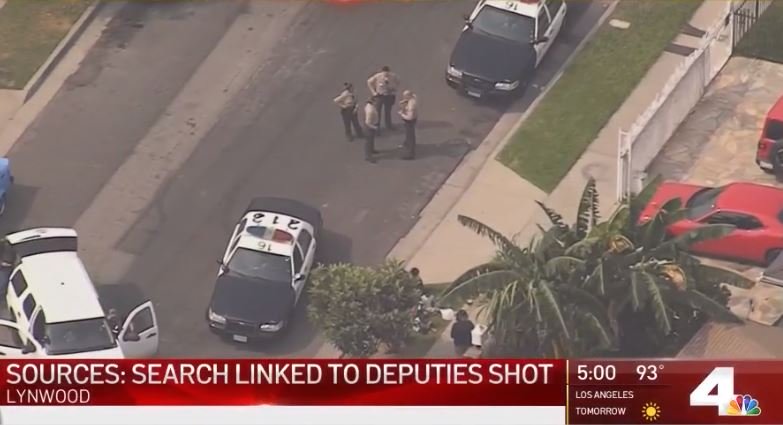 There are several reports that law enforcement believes the current standoff with a suspect in Lynwood, California may be connected to the shooting of the two Deputies on Saturday night.

NBC reporter Eric Leonardsays the search tonight is linked to the shooting on Saturday night.

#Breaking: Standoff in Lynwood may be connected to the manhunt in the shooting of the two Deputies. https://t.co/yb1aytmvaX

Courage is knowing what not to fear (@theWPMyth) September 16, 2020

Multiple law enforcement sources say detectives in Lynwood are increasingly confident that a suspected carjacker, who led LA County Sheriff’s Department deputies on a high speed chase Tuesday, is connected with last weekend’s attack on two transit patrol deputies who were shot while seated in a patrol car in Compton.

The person being chased was driving a light blue Toyota coupe that crashed in the 3100 block of Carlin Avenue in Lynwood, and the sources said the driver ran from the car into a home or condo nearby.

A city block of homes nearby was being evacuated as members of the LA County Sheriff’s Department’s Special Enforcement Bureau, its SWAT team, prepared to search homes, apartments, buildings and yards.

Sheriff Alex Villanueva told NBC4’s Angie Crouch in an interview Tuesday that the search was unrelated to the attack on the deputies in Compton, and he repeated that message in other media interviews throughout the day.