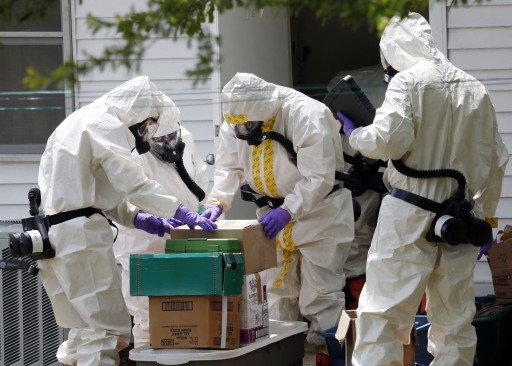 A female suspect was arrested by Customs and Border Patrol Agents trying to enter the United States from Canada.

The New York Times reported on Saturday that authorities were seeking an unidentified Canadian woman suspect.

The letter addressed to President Trump was intercepted Saturday by federal agents.

A suspect who allegedly sent a letter containing the deadly poison ricin to the White House was detained trying to enter the United States from Canada, a federal law enforcement official said Sunday.

Additional information about the person was not immediately available.

The FBI said Saturday that it was investigating a suspicious letter addressed to President Donald Trump that had been intercepted.

It wasn’t clear when the letter was sent or where it was intercepted. Law enforcement officials said the poison, which is highly toxic and can cause nausea, vomiting and internal bleeding was detected at an off-site facility that screens mail addressed to the White House.

The ricin was discovered during a field test and confirmed during a laboratory test.