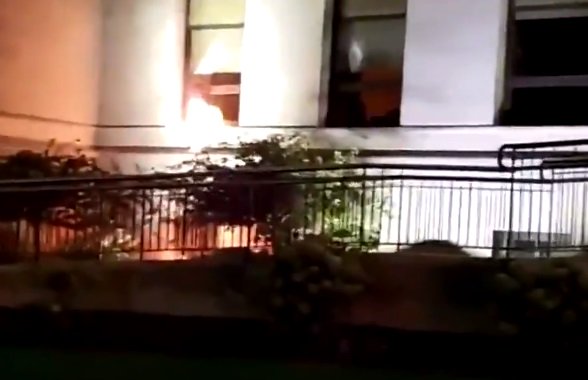 The Kenosha County Courthouse has been set on fire by violent and armed Black Lives Matter rioters over an officer involved shooting earlier in the day.

The rioters also broke into the building prior to setting it ablaze.

Looting is continuing in Kenosha. They have broken into the court house. The question now is. When will they light it up? pic.twitter.com/kZ60SDyQ3c

At least one officer was injured and appeared to be knocked unconscious by the rioters.

Armed rioters also confronted and threatened police while others blocked their vehicle.

This bro was tripping like crazy in #Kenosha, Wisconsin running up on SWAT with his long gun. Wtf

The extremists set multiple fires and knocked out a police officer earlier in the evening.

Absolute chaos scene in #Kenosha Wisconsin and dude is just wandering around with the long gun like it’s a walk in the park.