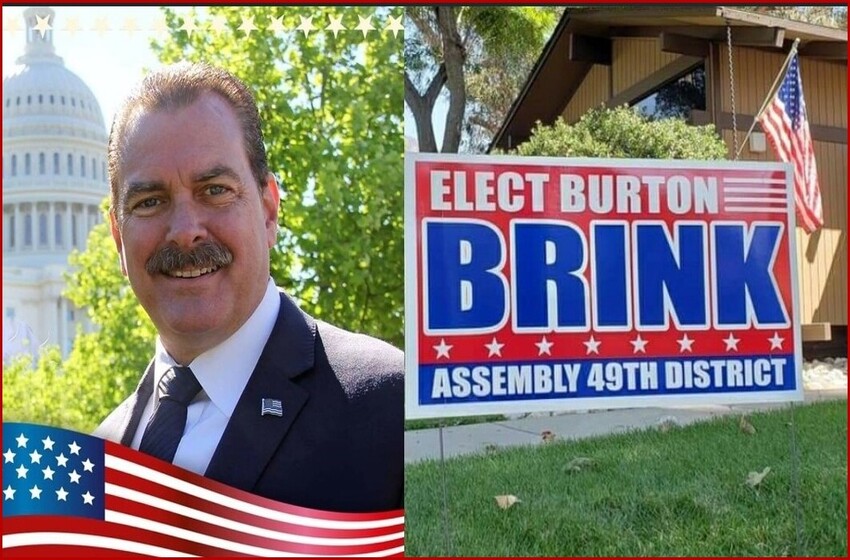 Los Angeles County’s election results have now been officially certified by the Secretary of State and I am proud to report that I beat back two (2) Democrat challengers for the high honor and distinct privilege of going head-to-head with far left Democrat Ed Chau — one of the worst Assembly Members in California’s 49th Assembly District.

When I announced my decision to challenge Democrat Ed Chau in this 2020 election, I bring with me the same oath I lived by in law enforcement, a steadfast dedication to protect and serve. I am compelled to challenge Chau because he is part of a renegade gang that has silenced the voices of mainstream Americans like me and many of you.

Our community is being held hostage by Chau, (whether you like it or not) with a “one size fits all mentality.” It no longer matters if you are a Republican, Independent or Democrat, your voices have been silenced by a far-left establishment seizing control of Sacramento since the 2018 election.

California has swung so far to the left we are facing a crisis. A state plagued by homelessness, crime, out of control taxes and a continuing erosion of the middle class. If those of us with common sense don’t stand up and fight back, our state will sink further into resembling a third world country.

I am here to help you, protect our state, our communities and our homes. I’ve been part of our community, working and living here in the 49th Assembly District since 1967.

We cannot condone paying higher and higher taxes, while politicians in Sacramento ignore the basic needs of citizens while passing legislation providing Medi-Cal and other services to illegals. We cannot tolerate this injustice any longer.

Ed Chau is at the center of this one-party state. He has become the problem, not the solution.  I am the solution to fix this! Come join me. It is time for us, the people of California, to have true representation in Sacramento for everyone, not the elite politicians!

To connect with my campaign, please go to my website at: www.BurtonBrink.com

## Over a period of 40 years, Burton Brink has served the San Gabriel Valley, starting as young as 14 1/2 as a police explorer at the Arcadia Police Department. He became a reserve police officer in Monterey Park, and retired as a sergeant after 29 years with the Los Angeles County Sheriff’s Department.

Being a leader in the sheriff’s department allowed him to take part in forging change and instituting improvements. Burton recognizes we need change here in California, on a large-scale level. He has consistently proven his commitment to doing the right thing for every resident in the community.