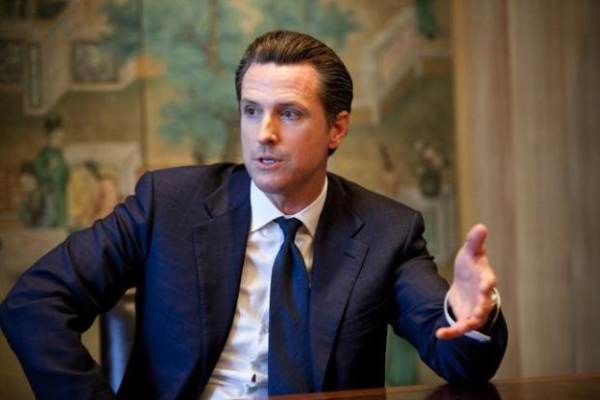 California’s Democrat Gov. Gavin Newsom announced his plan to allow businesses, schools and childcare facilities to open back up in “weeks, not months,” but will keep churches closed longer.

Newsom’s decision to not allow churches to hold services appears to be completely arbitrary given the other businesses that will be opening their doors.

According to his plan, the state will allow businesses to reopen in four stages.

During the first stage, which they are currently in, only businesses deemed “essential” are open.

The next stage will be the opening of non-essential manufacturing (toys, furniture, clothing, etc.), schools, childcare facilities, retail businesses for curbside pick-up and offices where working remotely isn’t possible, but can be modified to make the environment safer for employees. Newsom said that this stage is “weeks, not months away.”

The third stage will be higher risk workplaces, which require close proximity to other people, such as hair salons, nail salons, gyms, movie theaters — and churches. This stage, he said, will be “months, not weeks” in the future.

California governor @GavinNewsom announced today that he will reopen schools, daycare, retail, and other facilities within “weeks, not months” but will keep churches closed for “months, not weeks.”

The final stage will opening the state back up fully, including major events such as concerts and conventions.