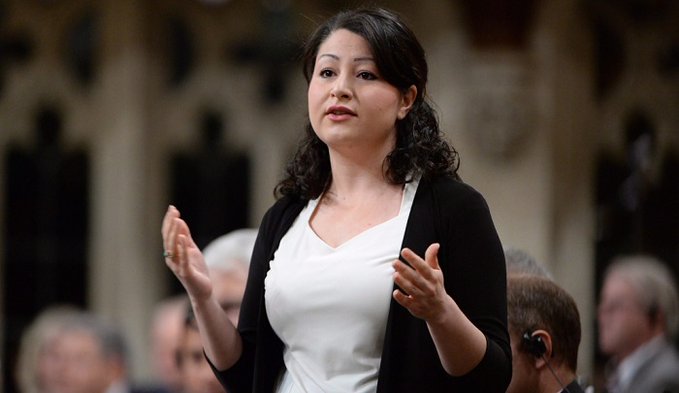 Canadian Minister for Gender Equality Maryam Monsef who previously referred to the Taliban as “our brothers” during a press conference while providing updates on the Taliban Insurrection situation in Afghanistan lost her seat in this week’s snap election.

In August Monsef told conference listeners: “I want to take this opportunity to speak to our brothers the Taliban; we call on you to ensure the safe and secure passage of any individual in Afghanistan out of the country. We call on you to immediately stop the violence, the genocide, the femicide, the destruction of infrastructure, including heritage buildings.”

Monsef got booted from her seat on Monday.

A controversial member of the Trudeau Liberal caucus won’t be returning to Ottawa.

Monsef garnered backlash early in the campaign for referring to the Taliban ‘our brothers’ during a press conference highlighting Canada’s failed evacuation of its citizens and military contractors out of the besieged city of Kabul.