For an introduction into canvassing and how it works, see Grassroots Canvassing Efforts.

Thanks to the diligent canvassing efforts in the following states, alarming anomalies and irregularities are being uncovered. Here are the states that have reported at least some preliminary results from their canvassing of voters after the 2020 election.

The original scope of the Maricopa Forensic Audit included voter canvassing — directly interviewing voters and visiting registered addresses to confirm that official records match how residents actually voted. The Federal Department of Justice swiftly enacted significant pressure against this canvassing, saying that it equated to “voter intimidation”, and would be potentially illegal. This blockade of the Senate’s efforts forced them to focus on the remaining aspects of the audit.

But hundreds of private citizens such as those led by Liz Harris had already begun their own grass-roots canvassing effort, visiting 11,708 residential properties and gathering data on 4,570 voters. On Sep 8, 2021, Harris shared her report revealing that:

The team is also surveying all Arizona residents via a form at canvass50.com, asking as many residents as possible to identify which method they used to vote during the 2020 election, so that any issues with the county records can be identified.

READ THE FULL REPORT ON ARIZONA

Sherronna Bishop reports that the canvassing efforts — going door-to-door verifying voters’ information — is indicating that around 5% of ballots in Mesa County may have been cast via faked or “phantom” registered voters. 2 Weld County and Pueblo County are showing potentially even higher rates. They have discovered residents who have stated that they didn’t vote yet official records show that a vote was submitted under their name, similar to what was discovered during Arizona canvassing. Details and written affidavits are being finalized, and we hope to hear further results soon.

Note: We have not confirmed which organization has been running this canvass, but it’s quite likely that it’s USEIP in Colorado.

READ THE FULL REPORT ON COLORADO

In November-December 2020, election expert Matthew Braynard was contracted to investigate the election results. From analyzing the voter databases and via phone calls to at least 722 residents(mostly from Fulton County, but also a number of other counties) he reported that:

Stephen Ansolabehere later submitted a rebuttal to the claims above in his report, here, indicating that the low number of respondents may not be high enough to extrapolate to the entire state. More canvassing may need to be done.

READ THE FULL REPORT ON GEORGIA

They estimate well in excess of a million “phantom votes” (votes made from false addresses) in the 2020 election, which had over 11 million votes cast. Despite the fraud, which by many indications appeared to favor Democrats, Florida still trended 2.3% more Republican in 2020.

Here are some preliminary results from Oct 5, 2021: 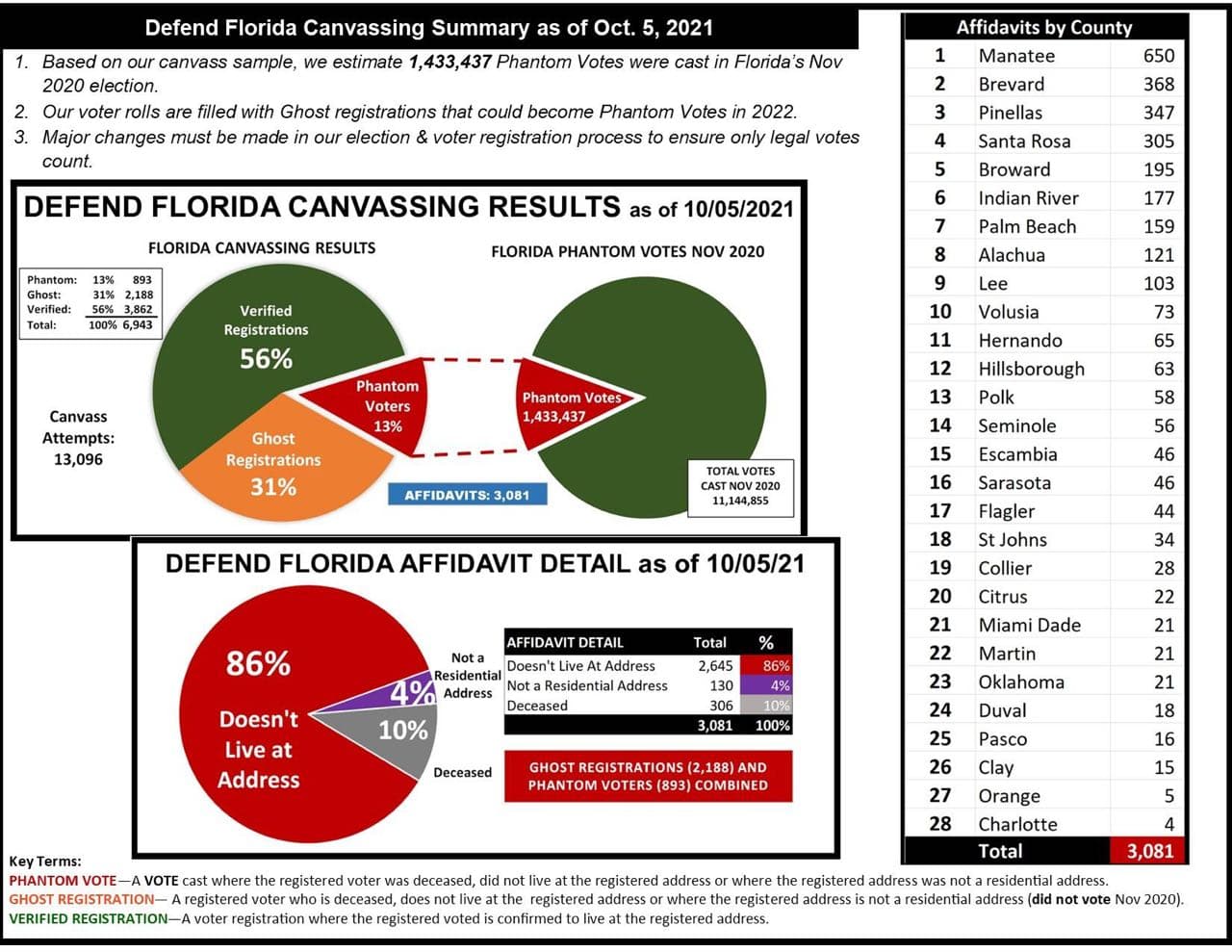 They have now collected official legal statements (affidavits) from at least 3,081 residents identifying the anomalies.

More results expected soon. Visit DefendFlorida.org for more information and to find out how to get involved.

READ THE FULL REPORT ON FLORIDA

Jacky Eubanks, candidate for Michigan State Representative, is leading a grassroots canvassing effort, going door-to-door verifying ballot and voter information from the 2020 election. She started with her hometown of Chesterfield, Michigan, in north-east Detroit, and described her findings as “both alarming and disgusting”. Roughly 18-20% of residences had anomalies or irregularities. Biden’s winning margin in the state was only 2.8%. The types of anomalies include:

She also found that cities in Macomb County have an unexplained excess of 170,000 more registered voters than people of voting age (and that does not even account for citizenship status or felon status). Again, this number is higher in one single county than Biden’s winning margin of 154,188 votes in the state.

After presenting her findings to the Macomb County Clerk, he seems interested in knowing if these issues are more widespread, so the canvass is looking to expand to other cities.

The Gateway Pundit has published a further interview with Jacky including a 9min video about her preliminary results. She discusses her findings as well as the major resistance she has faced from the state’s Attorney General, state police, FBI, and Republican politicians.

Her results show similar irregularities, yet in even more alarming percentages than the results from the Arizona canvass effort.

READ THE FULL REPORT ON MICHIGAN

Using data from the state voter registration database, SVIP volunteers knocked on over 3,000 Skagit County registered voters’ doors, detecting over 1,530 voter anomalies, and collecting over 1,750 written and signed affidavits. Many of these anomalies are potential or real phantom voters (voters who do not exist), including 830 cases where a listed registered voter of the address voted in the November 2020 election, but the voter does not live at the address. 3

READ THE FULL REPORT ON WASHINGTON

On Sep 28, 2021, the non-partisan coalition Patriots for Delaware relayed some alarming findings from their 2020 election canvass: 4

READ THE FULL REPORT ON DELAWARE

If you’re aware of other states that are canvassing, let us know in the comments below.

Canvassing is a great way to verify whether voting records are accurate and free of fraud. There are already teams canvassing in at least 30 states, and volunteers are needed. 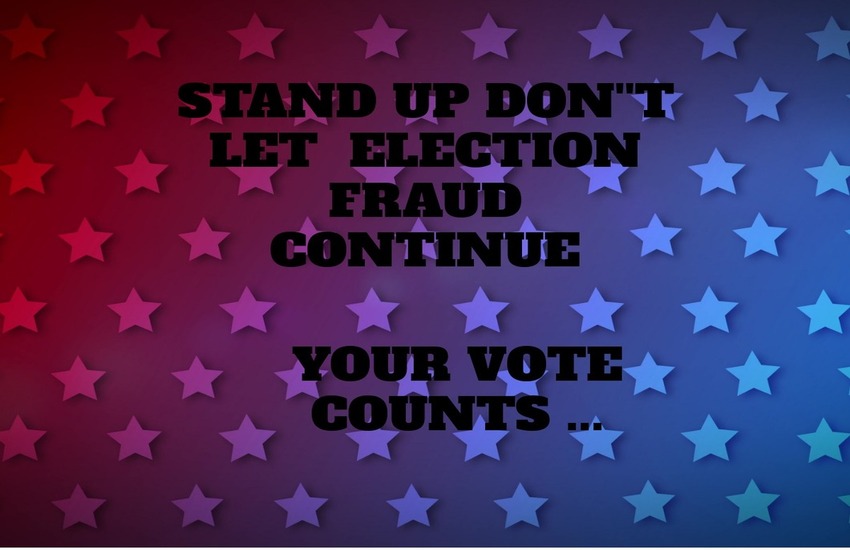