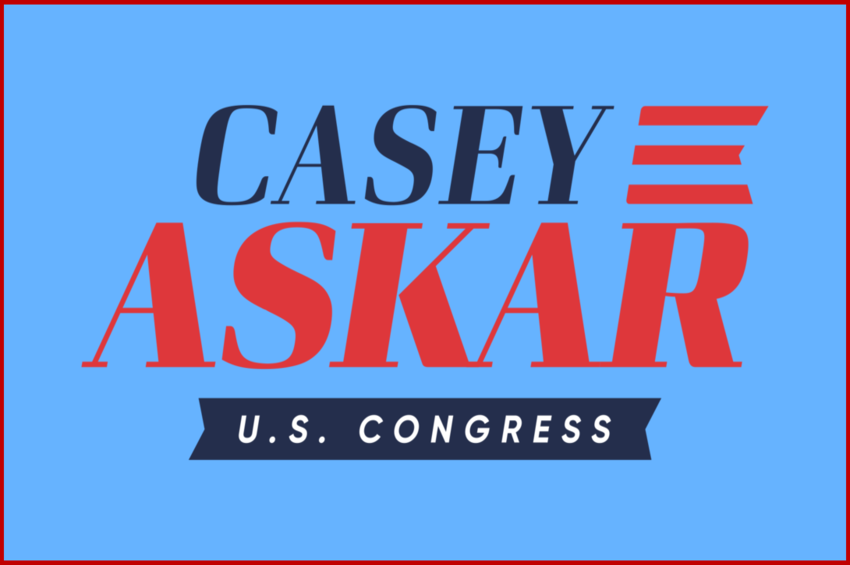 Askar’s life story embodies the American Dream. On his 7th birthday, Casey and his parents came to America. The devout Christian family fled religious persecution in Iraq, seeking safety, opportunity, and above all – freedom. Freedom to go to church and worship God. Freedom to build their family. Freedom to pursue their dreams.

At 18, Casey knew he had to give back to the country that gave him so much. He joined the U.S. Marine Corps.

Years later, his father fell ill. Casey, who was oldest of 4 kids, unexpectedly became the man of the house, working multiple jobs to support the family. It was then that Casey made his first move to do things his way. Casey saved up just enough to buy a small fitness center. He learned quickly what it took to build and run a business. He realized the weight and responsibility of employing people. And it didn’t take long before the consummate entrepreneur began expanding his business, growing that small gym into more than half a dozen locations throughout the country.

In the years that followed, Casey would go on to start, buy, build, and run a massive portfolio of businesses. Today, Askar employees thousands of people across the country. The Askar Family Office portfolio encompasses food service franchise brands and commercial real estate. Askar is one of the largest franchisees for various multi-national brands, such as Church’s Chicken and Dunkin’ Donuts. On top of that, Askar is a franchisor of four different pizza brands throughout the country.

Casey is a dedicated husband and proud father of six children, all active parishioners at St. Ann’s Church in Naples.

The Askar family proudly supports his children’s schools, including University of Miami, the Community School of Naples, and St. Ann Catholic School. Casey, a veteran of the Marines, also contributed to Ave Maria, in support of the Veteran Memorial Law Library. The family is also involved in and supports the Golisano Naples Children’s Museum.

Casey is a fighter and like President Trump, Casey is an outsider and businessman, not a career politician. He knows what it takes to grow businesses. He knows exactly what it will take to get our country’s economy booming again.