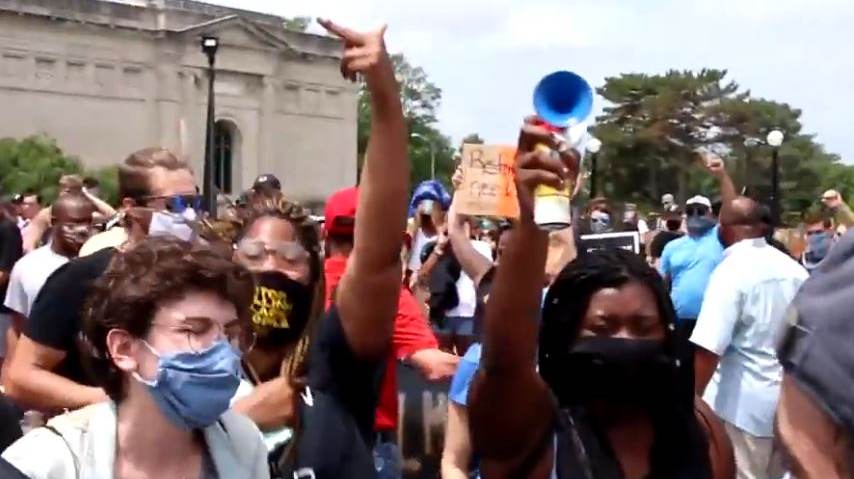 Several priests showed up at the statue on Saturday to pray around the time of our rally.

One local priest was heckled and harassed while he tried to explain the history of St. Louis of France.

The mob threatened to take the St. Louis Cathedral next!

Local leftist activists planned a counter protest against the Christian prayer rally. They smeared our gathering as a KKK rally. Of course, their lies put our lives in danger.

The unruly leftist mob screamed at us, flipped us off, threatened several people and blew horns as we recited a rosary.

Following the rally at least three Christians were beaten after most of the people left.

One man was ganged up on and beaten in the face.

This is how racists should be treated.

Another man was beaten with a stick. 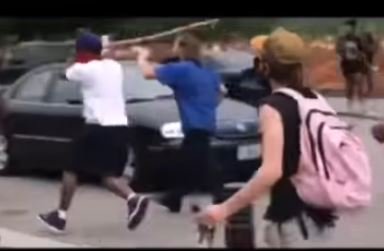 And at least one more person was beaten at the statue of St. Louis.

Three Christians were beaten. They dared to pray at the Statue of St. Louis.

More fake news from @gatewaypundit. It was 3 of em that got they ass beat.

On Sunday Conor Martin, one of the men beaten in the street by Black Lives Matter, announced he will press charges against the men who spit on him and assaulted him.

Yesterday, while praying for peace and unity in our city and the protection of the Saint Louis statue, Black Lives Matter protesters started to harass, berate, and assault the Catholics that were