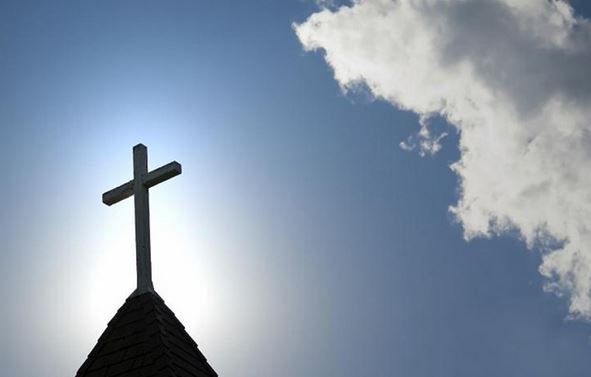 Father Theodore Rothrock from St. Elizabeth Seton Catholic Church in Carmel, Indiana was suspended this week after his condemnation of the radical Black Lives Matter protest movement. Father Ted made the mistake of comparing Black Lives Matter, Antifa, and the other nefarious acolytes of their persuasion to “serpents in the garden” whose “poison is more toxic than any pandemic we have endured.”

Several days ago, Eric sent me what he called Father Ted’s “stemwinder” of a sermon from this past Sunday. He knew I’d love it. And I did:  it condemned BLM’s violence, Marxism, destruction, and poisonous contempt for society and freedom. We need many more such fearless clergy as Father Ted, men who will denounce evil forthrightly rather than defending or even promoting it as “social justice.”

Of course, such courageous castigation infuriated the “woke” and assorted other snowflakes, commies, and misfits. “But how did people who never attend church hear about a Catholic priest’s homily?” you ask. Well, the Indy Star, part of the “USA Today Network,” decided to leaven its usual propaganda with a report on Father Ted’s truth (or perhaps this was the Star’s attempt to “tattle” on him and rouse the rabble); from there, the story went national: “A Catholic diocese,” intoned The Hill, “is facing calls to remove a local pastor after he compared the Black Lives Matter movement and its demonstrators to ‘maggots and parasites.’” (One of my favorite lines from the sermon, by the way!)

Notice the not-so-subtle indoctrination. The Hill’s writer and editors believe Father Ted should be fired; ergo, they lead with his critics’ bile.

St. Elizabeth has removed the “stemwinder,” so I can’t refer you to it. Fortunately, however, The Indy Star reprinted a few of its stirring paragraphs:

The only lives that matter are their own and the only power they seek is their own … They are wolves in wolves clothing, masked thieves and bandits, seeking only to devour the life of the poor and profit from the fear of others. They are maggots and parasites at best, feeding off the isolation of addiction and broken families, and offering to replace and [sic for our?] current frustration and anxiety with more misery and greater resentment. …

Black Lives Matter, Antifa, and the other nefarious acolytes of their persuasion are not the friends or allies we have been led to believe … They are serpents in the garden, seeking only to uproot and replant a new species of human made in the likeness of men and not in the image of God.

Their poison is more toxic than any pandemic we have endured.

Hey, Marxism is more toxic than just about anything mankind has endured.