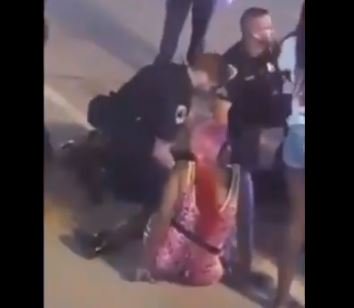 At least 13 people were shot early Sunday morning on the riverfront in Peoria, Illinois.

None of the injuries are considered life threatening, police said.

Video was posted of the shooting on Sunday morning.

The shooting broke out after a fight but that is not clear from the video.

There were reportedly around 200 people at the riverfront at the time of the shooting at 4:45 AM.

Gun violence in Central Illinois. 19 people shot since Friday in Peoria, Illinois. Video below happened this morning at 4 am on the Peoria waterfront. The violence here has escalated to Chicago levels. #Chicago#PeoriaILpic.twitter.com/xdqYQUWDl3