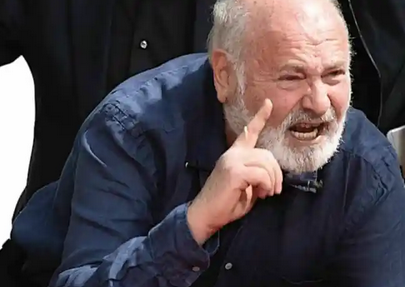 The Dem voices of democracy are sounding rather unhinged these days. First it was election terror and now it’s ‘Trump’s on Twitter’ hysteria.

Donald Trump was allowed back on Twitter based on a 24-hour poll that Elon Musk ran Friday night into Saturday. Over 15 million voted, and more than 134 million viewed it. As Musk said, Vox Populi, Vox Dei, the voice of the people, is the voice of God.

So, here we are, with a former President’s free speech restored and CBS leaving Twitter out of an abundance of caution, taking their often fake news with them.

They don’t like free speech, except for their own and people who agree with them.

Is there anyone at @CBSNews who isn’t a far left woke radical?

This is absurd. And shows their incredible news bias. https://t.co/fg4eLqHa6C

Will you miss them?

GREENBLATT AND REINER, UNHINGED AND UNACCOUNTABLE

Radical partisan Jonathan Greenblatt of ADL tweeted: For Elon Musk to allow Donald Trump back on Twitter, ostensibly after a brief poll, shows he is not remotely serious about safeguarding the platform from hate, harassment, and misinformation.

Rob Reiner tweets hate non-stop. In addition, he has convicted Donald Trump before a completed investigation or a trial. He is not disturbed by the fact that they have found nothing after six years of constant investigations.

“Elon Musk is letting a man who led a violent Insurrection to overthrow the United States Government back on this platform. Letting the Lies and Disinformation continue to poison the American bloodstream.

“It is not arguable. Donald Trump has committed Federal Crimes. Jack Smith or no Jack Smith, it’s up to Merrick Garland not to let Trump shoot someone on 5th Ave. and get away with it.”

That last statement was abusing a joke Donald Trump made about his loyal followers.

On MSNBC’s “The ReidOut,” Anchor Joy Reid brought up the possibility of “rape panels” for women seeking abortions if the GOP wins and asked why the election is this close.

“Because the other side reality does not mean anything. They are only interested in power. They are only interested, and they will do anything to get the power. And they are willing to kill, literally kill, to get the power. You can’t have a conversation with them. The only thing we can do is try to hold on to the House and a couple of Senate seats. It will be very hard. If we do not do that, this might be the last election we have in a democracy.”

As Joe Biden takes our freedoms away, people like Reiner try to make us all hate each other.

Reiner hates Christians, and because there are more of us, he calls it an autocracy:

Reiner tweets it out: “The choice is clear. If you want a Government that cares about all Americans, vote Democratic. If you want a White Christian Nationalist Autocracy and are willing to kill fellow Americans to get it, vote Republican.

“Republicans are literally willing to kill to get power. Our strongest weapon against them is the vote. But if we don’t use that weapon in the next 7 days, we may be disarmed forever,” he tweeted.

THE LEFTIST HISTORIAN AND HIS GENERAL PAL ON THE ELECTION

Unhinged historian Michael Beschloss said on MSNBC that a Republican win could lead to the end of history books and democracy and the killing of our children.

If Republicans win, “our children will be arrested and conceivably killed.”

🚨MSNBC Presidential Historian Michael Beschloss with a deranged take days before the midterms.pic.twitter.com/oq8a13qHmZ

In mid-August, former NSA and CIA Director Gen. Michael Hayden  (among the dozens of ex-intel officials who signed the infamous October 2020 Hunter Biden laptop letter) suggested that Trump be executed.

NBD just a former NSA & CIA Director (who also was among the dozens of ex-intel officials who signed the infamous October 2020 Hunter Biden laptop letter) out here suggesting that Trump should be executed.https://t.co/JNLNplERUO pic.twitter.com/BDperuhRIU

On MSNBC, Rep. Madeleine Dean (D-Pa.) previously agreed with John Heilemann that Democrats must “scare the crap out of [voters] and get them to come out.”

Just in case you all forgot, these are President Donald Trump’s last two tweets. pic.twitter.com/tBnU2T0BYK

Elon Musk Has a Big Problem at TwitterApril 26, 2022In “Home of News, Politics & Opinion”

Trump Will Be Reinstated on Twitter – UpdateNovember 19, 2022In “Home of News, Politics & Opinion”