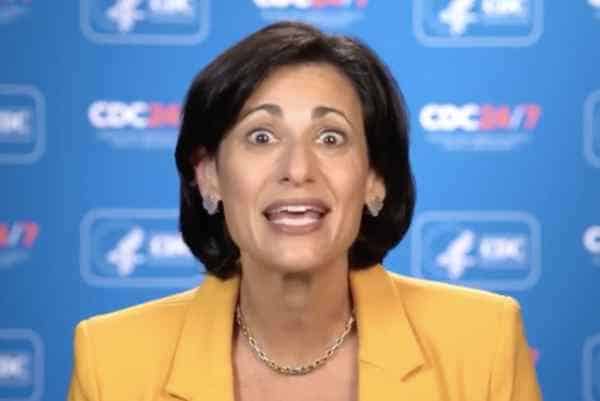 The agency has withheld critical data on boosters, hospitalizations, and, until recently, wastewater analyses.

The CDC has failed to post critical COVID information by their own admission, and they did it, allegedly, because they think we’re unable to interpret the information.

We pay taxes to an agency that decided we can’t see the information because we’re too mentally inferior to figure it out properly.

According to a February 20, 2022 report by the New York Times, the CDC has collected detailed data about Covid infections that breaks down by age, race, and vaccination status. It was not published, although it would have helped the understanding of COV and how to end it.

The agency has collected key data for over a year but has published only a tiny fraction of the data it has collected, several people familiar with the data said, the report states.

Kristen Nordlund, a spokeswoman for the C.D.C said the data wasn’t ready for prime time and another reason she gave is fear that the information might be misinterpreted.

The agency admits that they hid it so the peasants wouldn’t misinterpret it, causing “vaccine hesitancy.”

Within the data that has been withheld by the CDC is detailed information about breakthrough cases, hospitalizations, and deaths, which the agency has been collecting since the beginning of the vaccine rollout, according to officials who spoke to the NYT.

Much of the withheld information could help state and local health officials better target their efforts to bring the virus under control. Detailed, timely data on hospitalizations by age and race would help health officials identify and help the populations at highest risk. Information on hospitalizations and death by age and vaccination status would have helped inform whether healthy adults needed booster shots. And wastewater surveillance across the nation would spot outbreaks and emerging variants early, according to the Times.

Without the booster data for 18- to 49-year-olds, the outside experts whom federal health agencies look to for advice had to rely on numbers from Israel to make their recommendations on the shots, the Times continued.

The article states that the C.D.C. also has multiple bureaucratic divisions that must sign off on important publications, and its officials must alert the Department of Health and Human Services — which oversees the agency — and the White House of their plans. The agency often shares data with states and partners before making data public. Those steps can add delays.

“The C.D.C. is a political organization as much as it is a public health organization,” said Samuel Scarpino, managing director of pathogen surveillance at the Rockefeller Foundation’s Pandemic Prevention Institute. “The steps that it takes to get something like this released are often well outside of the control of many of the scientists that work at the C.D.C.”

So how can you trust politicized medicine?

The agency had timely snapshots of hospitalized patients stratified by age, sex, race, and vaccination status. They didn’t publish it because the official said it might be misinterpreted as the vaccines being ineffective.

Another excuse was the data only represents 10% of the population but here is a lie. That’s how they always did it. That’s how all data is done — through sampling.

As the Times author, Apoorva Mandavilli, states, But the C.D.C. has relied on the same level of sampling to track influenza for years.

Some outside experts were stunned at the news.

“We have been begging for that sort of granularity of data for two years,” said Jessica Malaty Rivera, an epidemiologist, and part of the team that ran Covid Tracking Project, an independent effort that compiled data on the pandemic till March 2021.

A detailed analysis, she said, “builds public trust, and it paints a much clearer picture of what’s actually going on.”

As she said, it’s the vacuum that is the problem, not the misinterpretation.

But the experts dismissed the potential misuse or misinterpretation of data as an acceptable reason for not releasing it.

They could have told Americans — educated them — to explain as more people are vaccinated, more vaccinated people will end up hospitalized.

Knowing which groups are at risk is key but the CDC wouldn’t tell us using the data.

Experts then had to rely on Israeli data but Israel defines severe disease differently.

The pediatrics academy has repeatedly asked the C.D.C. for an estimate on the contagiousness of a person infected with the coronavirus five days after symptoms begin — but Dr. Maldonado finally got the answer from an article in The New York Times in December.

“They’ve known this for over a year and a half, right, and they haven’t told us,” she said. “I mean, you can’t find out anything from them.”

The C.D.C. has been building the wastewater system since September 2020, and the capacity to present the data over the past few months, Ms. Nordlund said. In the meantime, the C.D.C.’s state partners have had access to the data, she said.

They still have an outmoded system and are delaying reporting. The private sector surpasses them as the report states. Maybe we should really fear bureaucracy a lot more than we do? Perhaps a one-size-fits-all centralized government is a bad idea???