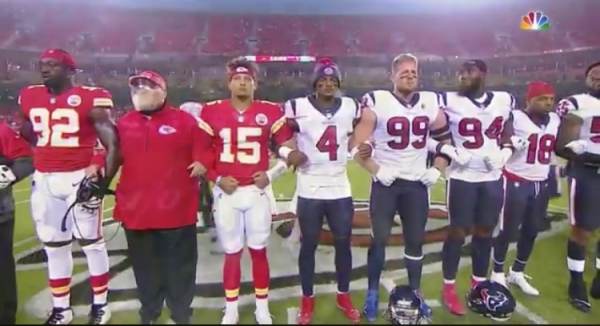 Kansas City Chiefs fans booed as players from both the Chiefs and Texans linked arms in a “moment of unity” and called for social justice before the game started Thursday evening.

The Chiefs were on the field and locked arms during the “Black Anthem” while the Texans remained in the locker room.

Shortly before the coin toss, both teams locked arms in unity.

Chiefs fans at Arrowhead Stadium could be heard loudly booing.

People are fed up with politics ruining sports.