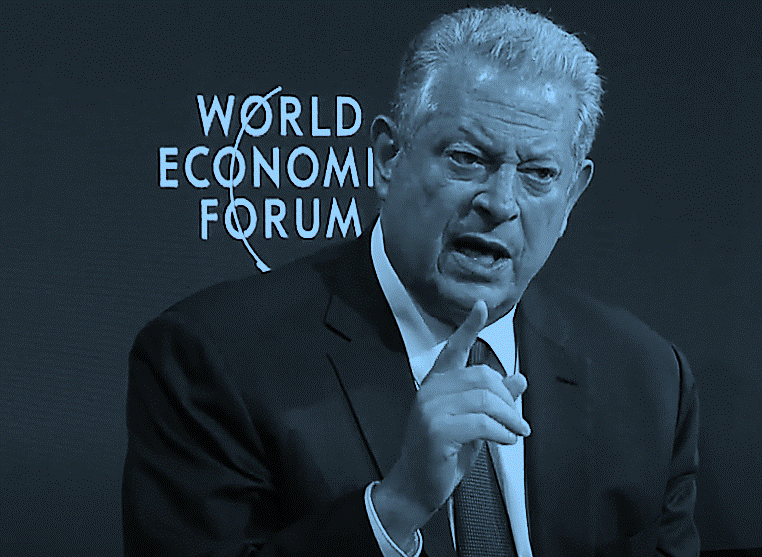 In an appearance at the World Economic Forum Annual Meeting 2022, climate-grifter, Al Gore, took the opportunity to, once again, tout Climate TRACE, a coalition backed by the former Vice President and former Google CEO, Eric Schmidt.  In response to a comment made by WEF panelist, Lea Wermelin, on the responsibility of governments to make structural changes in our economy to combat climate change, Gore replied, “I have good news on this front.  We are about to enter an age of radical transparency.  I have been among those who have formed a new coalition called ‘Climate TRACE’…Tracking Real-time Atmospheric Carbon Emissions.  It’s a coalition of artificial intelligence technology companies, NGOs, and universities, using data from 300 existing satellites from multiple countries, ground, sea and air-based censors, and internet data streams, to use machine-learning to create algorithms for every single sub-sector of the economy.” This colossal data-collection project aims to replace the current self-reporting system of greenhouse gas emissions by countries and companies, who have committed to net zero goals, by publishing reports of climate offenders so that countries, companies, and even individuals can be “held accountable.”  The Google-backed AI algorithm used by Climate TRACE appears to lay the framework for enforcing ESG initiatives heavily pushed by financial behemoths such as BlackRock, as well as a technocratic social and climate credit system.

BlackRock CEO, Larry Fink, has made no attempts to hide his plans to demolish the current economy through environmental, social and governance (ESG) standards.  In his 2021 letter to CEOs, FinkRead More