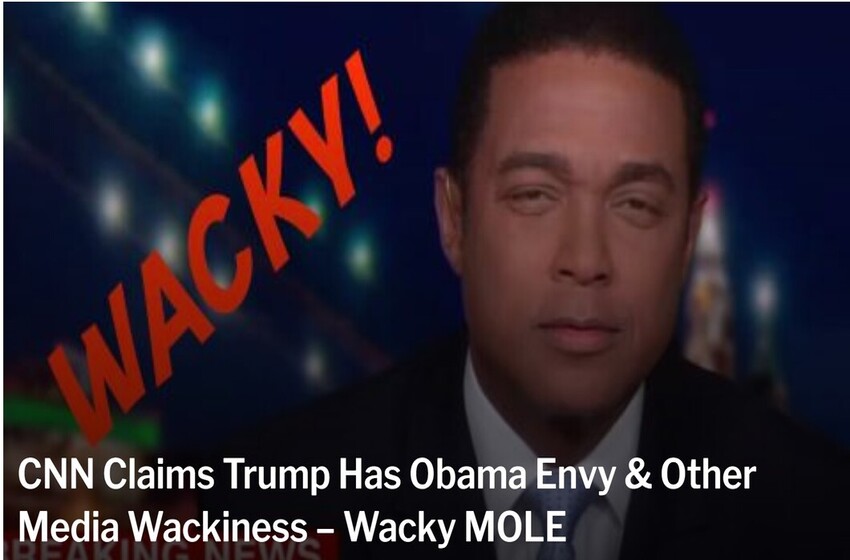 In this weeks Wacky Moments of Liberal Expression:

In a bizarre televised moment, CNN ‘journalist’ Don Lemon points his uniquely-scented finger at President Trump and suggests he’s suffering from Obama envy. Lemon gets really weird speculating on all the reasons Trump is jealous.

The Obama-era political influence on the intelligence community and the FBI’s entrapment of Former General Michael Flynn resulted in the DOJ dropping the case against him. CNN and MSNBC were apoplectic about the news as they watched another nail get hammered into the coffin of the Trump/Russia fantasy that they spent hours daydreaming about.

MSNBC continues to drop hints that #Reopen protestors are “racist” and they don’t care about the death of minorities from COVID-19. It couldn’t possibly be about wanting to earn money to take care of their families, it’s always “racism.”

In general it seems leftists are adamant to continue the COVID shutdown. CNN hosted a panel that aimed to forbid Americans a walk in the park. As Don Lemon and a guest called those daring to venture out a “dangerous,” “destructive,” and a deadly “betrayal” of frontline medical workers in this pandemic.

For even more media wackiness check out NewsBusters.