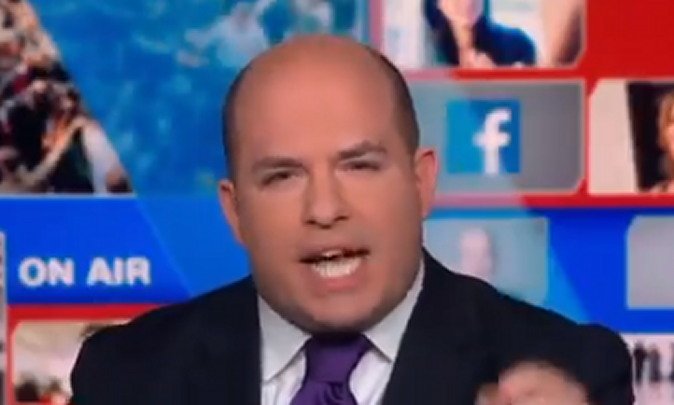 For the past three years, he has talked about the Russia hoax constantly and pushed the idea that Trump had colluded.

Now that the truth is surfacing, specifically in the Michael Flynn case, he suddenly wonders why people on the right are obsessed with the subject.

CNN media pundit Brian Stelter accused President Trump’s defenders in conservative media of going out of their way to cover for the Justice Department’s move to drop charges against retired Lt. Gen. Michael Flynn in lieu of dedicating coverage to the coronavirus pandemic.

“It’s so disappointing to look at what we’re seeing from right-wing media these days,” Stelter said Sunday. “Where there is such an obsession with the deep state and these revelations about the Russia probe … “

“They’re treating the Michael Flynn story like it’s a bigger deal than the deaths of 2,000 Americans a day,” he added.

The CNN media analyst bemoaned how during a recent Fox & Friends appearance, Trump himself “talked about the Flynn case for 20 minutes.”

“In what right mind is any scandal, any political scandal, any Department of Justice story more important to ask the president about than the pandemic that’s raging,” he asked. “Ultimately, that’s about news judgment, it’s about lack of judgment, but I find it befuddling that some people are acting like this death toll is just normal … “

This video from the Washington Free Beacon begins with Stelter’s most recent remarks, then takes you on a walk down memory lane.

You’ll lose track of how many times Stelter says “Russia.”

CNN is no longer a news organization.

It’s an anti-Trump super PAC that misleads the public on a near daily basis.