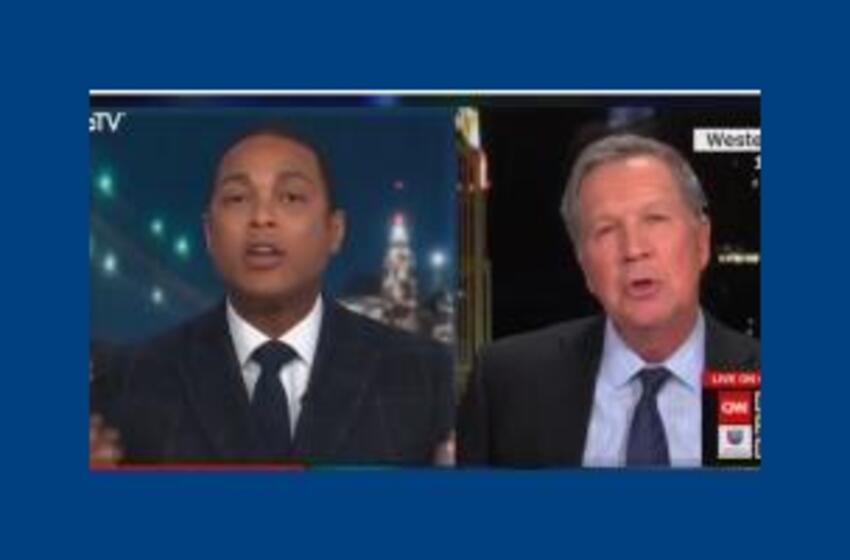 Don Lemon was so enraged that John Kasich said he thought Pres. Trump’s address to the nation on coronavirus was “fine” that he shouted down the former Ohio governor – repeatedly screaming, “No!,” when Kasich asked if he could finish speaking.

Lemon furiously insisted that it was inexcusable that the statement Trump read required a clarification and, when Kasich voiced the opinion that “98 percent” of the president’s speech was “fine,” Lemon snapped, as NewsBusters reports:

Lemon began to scream about how terrible it was that the White House had to issue a clarification at all:

And I just got to say. If the President came out to calm people’s fears, he didn’t do a good job of it because they’ve had to come back and clarify it several times! And this has been going on long enough for them to get it straight! We need straight, accurate information from this President! And this administration! And we’re not getting it! And I don’t understand why you are tiptoeing around it! He came out, gave an address that usually — that happens very rarely, and he doesn’t get it right?!

Lemon became completely unhinged to the point of seemingly telling Kasich that he wasn’t allowed to speak unless he was going to bash the address (click “expand”):

KASICH: I’m going to — first of all, he read it. And somebody that wrote this — look, I don’t want to get into that. He —

LEMON: Well, why not?! That’s why you’re here! To talk about the President’s address!

KASICH: Can I finish now?

LEMON: John, because we’re here to talk about the President’s —