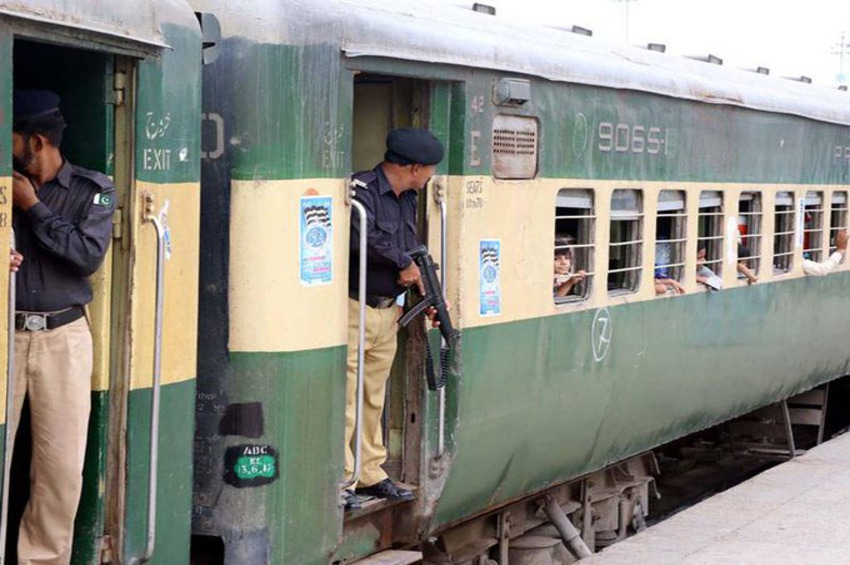 Cognitive dissonance is the state where a person holds two or more contradictory beliefs, ideas, or values, or participates in an action that goes against one of these three, and experiences psychological stress because of that.

Looking at this message from Mar George Alencherry, Major Archbishop of Syro Malabar Church “I urge the Centre to review the Citizenship (Amendment) Act. We need a more democratic debate on this act. The problem in the act is that it is dividing the religions”, one wouldn’t note a hint of cognitive dissonance.

But, if you say this statement comes just days after a 14 year old Christian girl Huma Yunus is kidnapped in Pakistan and will most probably be converted as is the case with most of the kidnaps of minority religion girls and women in Pakistan and this law is a sort of proof against such things from happening, you will be wondering if the Archbishop is really interested in the welfare of the international Christendom. Or one can look at it as, if the priority between two conflicting opinions – anti-BJP(ruling party in India) political stance and providing succour to fellow Christians, which one will take a precedence?

Though Mar Thoma doesn’t follow the words of Pope Francis as he is of a different sect or cult inside Christianity and has his own set of rules with the rift going as far as 1653 Coonan Cross Oath, it is surprising that his stand is that completely divergent from the stand taken by Pope Francis.

Pakistan’s treatment of it’s minorities is all too famous and one cannot forget the case of Asia Bibi who fled Pakistan immediately after she is acquitted.

In two words, the reality is this. Pakistan’s treatment of minorities is not good. If not anyone, the Global Christendom should spend all it’s effort to provide succour to the people there, instead of wasting energy elsewhere.

United States Commission on International Religious Freedom’s Annual Report, which placed Pakistan in Tier 1 or “country of particular concern,” or a country whose government engages in or tolerates particularly severe religious freedom violations, meaning those that are systematic, ongoing, and egregious. It came down heavily on Pakistan with the words

In 2018, religious freedom conditions in Pakistan generally trended negative despite the Pakistani government taking some positive steps to promote religious freedom and combat religiously motivated violence and hate speech. During the year, extremist groups and societal actors continued to discriminate against and attack religious minorities, including Hindus, Christians, Sikhs, Ahmadis, and Shi’a Muslims. The government of Pakistan failed to adequately protect these groups, and it perpetrated systematic, ongoing, egregious religious freedom violations; this occurred despite some optimism about the potential for reform under the new government of Prime Minister Imran Khan. Various political parties and leading politicians promoted intolerance against religious minorities during the leadup to the 2018 national elections. For example, the entry of extremist religious parties into the political arena during the election period led to increased threats and hate speech against religious minorities. Also, abusive enforcement of the country’s strict blasphemy laws continued to result in the suppression of rights for non-Muslims, Shi’a Muslims, and Ahmadis. USCIRF is aware of at least 40 individuals currently sentenced to death or serving life sentences for blasphemy in Pakistan, including two Christians, Qaiser and Amoon Ayub, who were sentenced to death in December 2018. Forced conversions of non-Muslims continued despite the passage of the Hindu Marriage Act, which recognizes Hindu family law. Based on these particularly severe violations, USCIRF again finds in 2019 that Pakistan should be designated as a “country of particular concern,” or CPC, under the International Religious Freedom Act (IRFA), as it has found since 2002. In November 2018, the U.S. Department of State for the first time ever designated Pakistan as a CPC. Nevertheless, the State Department immediately issued a waiver against any related sanctions on Pakistan. USCIRF recommends that the State Department redesignate Pakistan as a CPC under IRFA and lift the waiver.

Repeal its blasphemy and anti-Ahmadiyya laws; until repeal can be accomplished, enact reforms to make blasphemy a bailable offense, require evidence by accusers, and allow authorities to dismiss unfounded accusations, and also urge the enforcement of existing Penal Code articles that criminalize perjury and false accusations

The report goes on to say, “Forced conversion of Hindu and Christian young women into Islam and marriage, often through bonded labor, remains a systemic problem. Several independent institutions, including the National Commission of Justice and Peace and the Human Rights Commission of Pakistan, recognize that an estimated 1,000 young women are forcibly converted to Islam each year; many are kidnapped, forcibly married, and subjected to rape. Hindu and Christian women were particularly vulnerable to these crimes because of the societal marginalization and lack of legal protections for religious minorities, combined with deeply patriarchal societal and cultural norms.”

Sadly, this seems to be the norm in the country where there is no legal system which can aid them.

Here is a tearful story of a Christian girl in Pakistan. Sadly it is the norm in Pakistan for all Christian and Hindu religious minorities. The story of a Pakistani #Christian rape survivor – “They Forced Me Down, All I Did Was Pray”:

Another surprising episode is that of the case of a Sikh girl, the daughter of a religious elder who was abducted and forcibly converted to Islam in spite of Pakistan being the greatest upholder of the idea of Khalistan – proving that Pakistan is not interested in Sikhs or their welfare but only in the idea of Khalistan as a counterweight to India.

Predictably, Pakistan is angry and the Ministry of Foreign Affairs of Pakistan issued a statement rejecting the report.

The reply is insipid. Also, it is interesting to note that Pakistan, as is it’s wont, brought in Kashmir, Indian Citizenship Amendment Act and a National Citizenship Register which India is yet to bring, betraying the seriousness it is assigning to humane treatment of minorities in India.

“The subjectivity and bias of the State Department’s designations are further illustrated by the conspicuous omission of India, the biggest violator of religious freedom”

A tweet by a prominent Pakistani journalist highlights the crux of the problem. What’s the need to specifically mention “Happy Christmas to all those who believe in justice,equality and freedom”?

No say happy Christmas You can lose your eman(respect)

Though the government has given out it’s customary Christmas message, it’s ground acts seem to be exactly opposite. President Alvi, in a meeting on 24 Dec 2019 with the Islamic Clergy asked for their greater involvement in addressing social issues. He said a comprehensive policy framework must be developed through collaboration of ministries of Religious Affairs, Health, Education, Climate Change and Council of Islamic Ideology.

It is also important to note that the Prime Minister has announced “The law-enforcement agencies have been deployed around the Churches and Christian areas as well as parks, food outlet and other places where the Christians are expected to celebrate their festival.” This clearly tells how hated the Christian community of Pakistan is.

This bias is visible at every angle, even inside the government. Though it’s a welcome gesture that Pakistan is running special trains for Christmas,

This brings the discussion back to Mar George Alencherry. What should be the focus of an average Christian should be? Succour of suffering Christians or using the suffering of Christians as a way to further their political agenda? Should Christians focus more on those who are already Christian and on those unbelievers whom they believe should be converted?

We covered a lot of details about persecution of Christians in Pakistan in our previous article Pakistan A Living Hell For Christians. But Takes Foreign Aid From Christian Countries.

Another article we published when all the Religious minorities of Christians and Hindus protested in Pakistan against forcible abduction and forceful conversion of Hindus and Christian daughters to Islam and marrying them to Islamist Radicals to make Hinduism and Christianity extinct from Pakistan in our previous article IMF Bailout Loan To Pakistan: Throwing Public Money In Drain

A question to be asked to All the Christian Leaders in the world on the day of Christmas. Do they support continuous Persecution of Christians in Pakistan and Bangladesh? Do they Want all the Christians to become Extinct in Pakistan and Bangladesh? Why Christians in India are siding with Muslims in India and opposing the Citizenship Amendment Act 2019 that gives the Indian Citizenship to the religiously persecuted Hindus and Christians and others who have escaped to India from Pakistan, Bangladesh and Afghanistan and are living in India for more than 5 years? Why No other Christian Country in the world has come forward and appreciated the efforts of Indian Government to unite the Hindu and Christian forces worldwide to address the Islamic Invasion of the entire world? When will the Hindu and the Christian World wake-up to the reality of religious persecution in the “Islamic Republic of Pakistan” and Bangladesh? Those Politicians of Christian countries support giving citizenship to Muslims infiltrating from Islamic Countries will be happy to take these people in their countries? When will the West wake-up to the reality of the demographic invasion in the entire Europe? Where is the “Eden of Gulf” Lebanon that was once a Christian country?