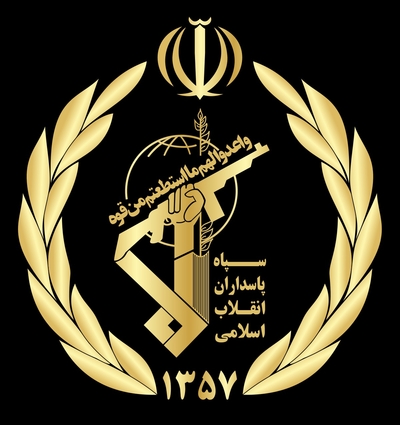 An unprecedented operation involving 15 international security agencies has exposed an Iranian terror infrastructure that was planning a series of assassinations against Israeli and Western targets around the world.

It started in June, when Colombia’s Dirección Nacional de Inteligencia (DNI) issued an imminent security alert after determining two Israeli businessmen were the targets of an assassination attempt planned and financed by a high-ranking Iranian Quds Force officer. That officer, Rahmat Asadi, is regarded by Western intelligence organizations as a dangerous terrorist.

The businessmen and their families had to quickly leave Bogotá under rigorous security measures.

Asadi, 40, previously was implicated in another foreign murder plot. He was arrested in Bangkok in 2014 and extradited to the UAE for taking part in the abduction and murder of Abbas Yazdanpanah, (aka Abbas Yazdi), a dual UK-Iranian businessman who lived in Dubai.

Asadi was quietly released in an October 2020 prisoner swap between the UAE and Iran. This came as news to Yazdanpanah’s widow, Atena. When I contacted her last week, she said “it was impossible for the UAE to have released Rahmat Asadi because I had a pending lawsuit against him.” She later texted me back saying it was true that Asadi had been released and no one had told her. She declined further comment.

The Colombia investigation, with the reported help of 15 other foreign intelligence agencies, led to the identification of a sophisticated Quds Force infrastructure to carry out similar actions in Azerbaijan, the United States, Bulgaria and Africa by hiring professional hit men and drug cartels.

There are numerous precedents for such bold Iranian plotting. In 2011, U.S. authorities charged two Iranian men with plotting to kill Saudi Arabia’s ambassador to the United States. Manssor Arbabsiar pleaded guilty to three counts related to a murder-for-hire scheme and received a 25-year prison sentence. Prosecutors say the scheme was led by the Quds Force, which they said “conducts sensitive covert operations abroad, including terrorist attacks, assassinations, and kidnappings.”

Iran has killed at least 21 dissidents throughout the world and has plotted dozens of attacks against Jewish, Israeli, Arab and Western targets, a 2020 U.S. Institute of Peace report claimed.

In 2019, the Dutch government accused Iran of hiring criminal gangs to murder two Iranian dissidents in the Netherlands, as the EU imposed sanctions on Tehran for a widespread campaign of assassination plots across Europe.

In the Yazdanpanah case, a decade before his abduction and murder by Asadi, Yazdanpanah was implicated in a 2003 fraud investigation led by Norwegian authorities. The probe focused on a company called Statoil. The corruption scandal, first uncovered by the Norwegian financial paper Dagens Næringsliv, involved $15.2 million in bribes routed through Yazdanpanah’s company to Mehdi Rafsanjani, son of then-Iranian President Ali-Akbar Rafsanjani to secure a contract with the Iranian authorities.

A decade later, Yazdanpanah was a key witness in another oil corruption case involving Crescent Petroleum. His abduction by Iran on the eve of his video testimony to an arbitration court is an indication that Iran feared he could cost it billions in damages.

Yazdanpanah was abducted from his Dubai office on the eve of the hearing and believed to have been killed by Iran’s Quds Force operatives.

Dubai authorities identified Rahmat Asadi, who was extradited from Thailand, and two other Iranians, as suspects. The three were tried and jailed for life. Asadi, who traveled under the cover of a paintball player, was described in news reports as a highly dangerous and skilled Quds Force operative with links to international terrorist groups and organized crime gangs.

While serving his sentence in Dubai, Rahmat Asadi befriended two Colombian gangsters who were imprisoned for jewelry theft.

The thieves were released in March.

A confidential report shown to El Tiempo, Colombia’s highest circulation newspaper, reveals that Asadi trained and guided the Colombians in prison. Asadi also developed a special bond of friendship with them by making their jail term more comfortable.

Last April, Colombian intelligence noticed two Israeli businessmen were being followed and monitored in what at first was thought to be a kidnap plot in return for ransom money. The plotters were Asadi’s two Colombian prison mates, who hired a group of hitmen to murder the two Jewish businessmen.

The two, identified only as “Jimmy” and “Andrés K,” were arrested and all their communication devices were seized. They reportedly told investigators that Asadi had recruited them and paid them the equivalent of $20,000 in digital currencies upfront and promised them another $80,000 upon completing the attack on the Israeli businessmen.

Iran’s Quds Force is one of five branches of Iran’s Islamic Revolutionary Guard Corps (IRGC) specializing in unconventional warfare and military intelligence operations outside the Iranian borders. Quds Force commander Qasem Soleimani was killed in January 2020 by a U.S. airstrike on his convoy outside Baghdad International Airport as he arrived from Syria.

Hiring professional hitmen and drug cartels to carry out terror attacks for the Islamic Republic of Iran, also described in the El Tiempo article as “criminal outsourcing” by some security experts, seems to be the regime’s latest modus operandi.

IPT Senior Fellow Potkin Azarmehr is a London-based investigative journalist, business intelligence analyst, and TV documentary maker who was born in Iran. He regularly contributes to several newspapers and television stations on Iran and Middle East related news. You can follow him https://gettr.com/user/potkazar