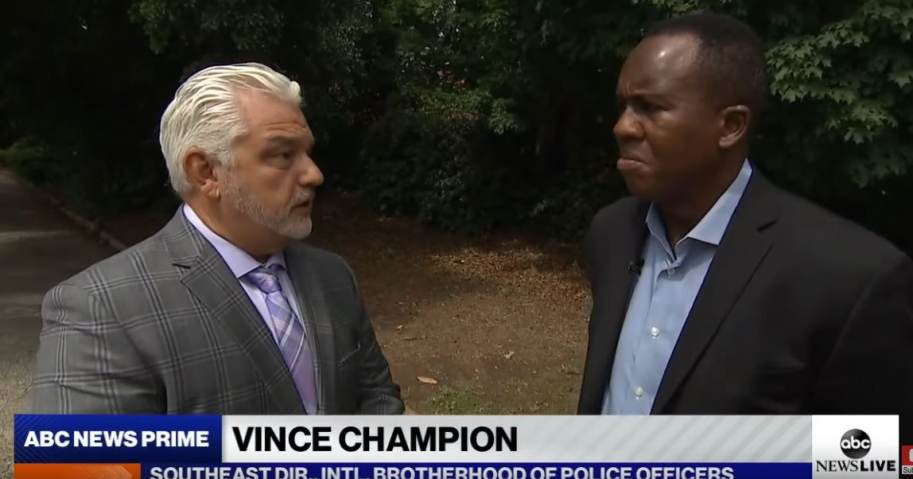 There are reports tonight that police officers in Atlanta, Georgia walked off the job tonight after murder charges were filed against Officer Garrett Rolfe in the death of Rayshard Brooks last weekend.

Listen to Zone 6 radios are silent not sure if this proves anything but still No Traffic at allhttps://t.co/TG2FrSgym8

Vince Champion, southeast regional director of the International Brotherhood of Police officers, was on ABC News tonight to discuss the charges against the Atlanta police officers.

Champion told ABC New, “What we do know is you’re tearing up the Atlanta police department.”

Warning: This ABC news report is hard to watch and loaded with complete BS.

There are now reports that several police officers walked off of the job tonight in Atlanta, Georgia.

Atlanta PD #blueflue I’ve heard conflicting reports on this, rumors on both sides, but the Atlanta Journal Constitution, ATL’s largest paper, confirmed it. The walkout is happening.https://t.co/uCXsnStezh

From the Atlanta Journal Constitution:

“There are officers saying they are not going to leave the precinct unless to help another officer,” Vince Champion, Southeast regional director for the International Brotherhood of Police Officers, told The Atlanta Journal-Constitution. “Some are walking off and sitting in their personal vehicles.”

And the Atlanta Police confirmed there was a call out tonight.

Earlier suggestions that multiple officers from each zone had walked off the job were inaccurate. The department is experiencing a higher than usual number of call outs with the incoming shift. We have enough resources to maintain operations & remain able to respond to incidents.

The head of Atlanta’s police union confirmed Wednesday that officers from the Atlanta Police Department in Zones 3 and 6 walked off the job Wednesday afternoon.

Vince Champion, southeast regional director of the International Brotherhood of Police officers, said that police officers had stopped answering calls midshift, in response to charges against