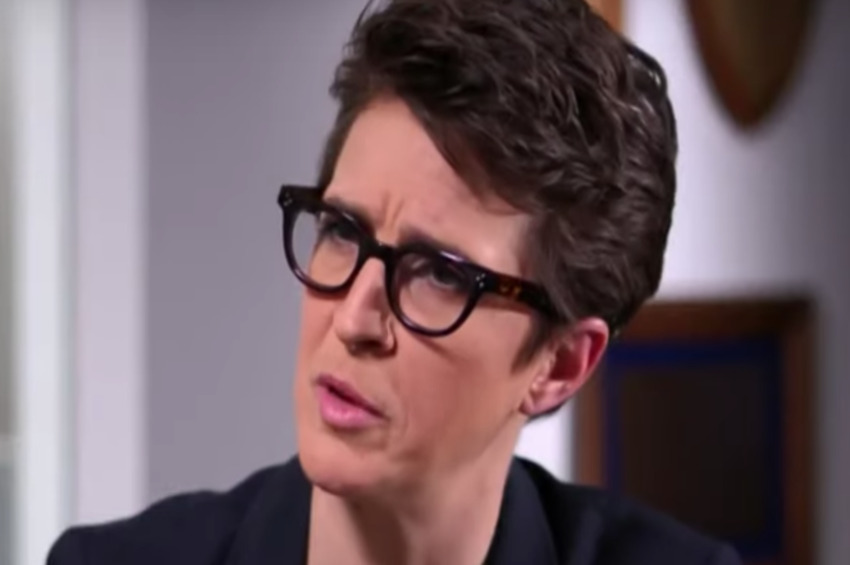 We all knew mass media was in bed with Democrats, but seeing them in flagrante delicto is disturbing nonetheless. You can’t un-see Rachel Maddow and Adam Schiff make a fake news baby.

So close your eyes if you must.

To anyone who felt like “breaking news” on disgraced Trump hanger-on Lev Parnas was too convenient for Democrats, give yourself a gold star. Parnas has been crushed on multiple fronts today, exposed as a manufactured distraction.

Vadym Prystaiko, Foreign Minister of Ukraine: “Frankly, I have not spoken with [Lev Parnas], and again, frankly, I don’t trust any word he is now saying.” pic.twitter.com/bRUm3mleqN

Ironically, the individual who pulled back the curtain was veteran reporter Christiane Amanpour…of CNN. In an interview with Ukrainian Foreign Minister Vadym Prystaiko, Amanpour asked him to shed light on his contact with Parnas. Prystaiko’s reply was devastating to the Democrat narrative:

“It’s all in Ukrainian media as well — today and yesterday — and strangely enough, my name was not mentioned, even though I’m the minister of foreign affairs,” said Vadym Prystaiko. “Frankly, I have not spoken with this individual, and again, frankly, I don’t trust any word he is now saying.”

The next nail in this story’s coffin was hammered home by another unlikely undertaker: Rachel Maddow of MSNBC. Thanks to the sharp ears of former Trump Chief of Staff Reince Priebus, who appeared this morning on Steve Bannon’s War Room: Impeachment podcast, Maddow’s complicity with Democrats is plain to see.

Speaking with Maddow after the Parnas interview–basically chewing the fat in an unscripted manner to kill the minutes before his time slot began–colleague Lawrence O’Donnell asked,
“What can you tell us about how long [the Parnas interview] has been in the works, and how it came about?”
Maddow replied:
“It’s been a long time. [laughter] It has been months.”

Then, as if realizing her mistake, she nervously tries to walk it back.
“It came through very quickly…we’ve been working on this like you work on lots of things you don’t think will come through for a very long time…it came together very, very quickly.”

Too late. The damage was done. If Maddow had worked on the Parnas angle for “months,” and the impeachment hearings began on November 13th–two months and four days ago–it sounds unmistakably as though Maddow was working with Schiff on the Parnas story from the very beginning.

She goes on to say that Parnas and his attorney didn’t want to move forward publicly until his documents had been turned over to the House Intelligence Committee and would be “conveyed to the Senate.” (Skip to 2:40.) In other words, Maddow doubled down, confirming that 1) she was privy to Parnas information long before it was part of the record, and 2) that Schiff and Pelosi sat on it until the 11th hour.

As Jason Miller pointed out on Bannon’s podcast, CNN buried their own breaking story. Of course they did, it exculpates Trump of Parnas’ claims. This debunking–coupled with the Dept. of Justice’s flat-out denial of Parnas’ claim that Attorney General Bill Barr was “on the same team” as Trump’s inner circle–left the Parnas story in tatters.

The Maddow episode was her highest rated show ever, underscoring how hungry Democrat viewers are for some reassurance that the fever dream of impeachment is somehow real, legitimate. Not so, says Miller, who went on to illustrate a laundry list of clownish details:

The light has begun to filter through the fog of the sham impeachment: Schiff, Pelosi, and the media working together to pump life into a dead-on-arrival case. Why? As CD Media reported yesterday, the three Democratic crime families watch each other’s backs because their crimes are all related. Pelosi needed to drag the impeachment out for several reasons:

And guess what? It worked, at least for those not paying attention, a.k.a. the busy American public. A familiar feeling washed over many of us Wednesday and yesterday, that cold pit in the stomach sensation: forces were aligning against Trump, and nothing seemed as sure as it had two weeks before.

The Government Accountability Report’s guilty verdict, the Parnas documents, watching Chief Justice Roberts’ hand shaking as he took the oath…it all heightened the sense that trouble was afoot, that this thing could actually go sideways in a hurry.

It turns out there was a reason for that worry: all the lefty planning that went into creating the illusion.

The GAO report, which found Trump guilty of withholding Ukrainian aid, sounded awful to conservative ears at first blush. It wasn’t until multiple sources revealed that “scandal-free” Barack Obama was found guilty by the GAO seven (7) times during his eight years that a sense of relative calm returned.

It is clear now that Schiff sat on the Parnas egg like a smug hen, all the while plotting with fellow barnyard creature Pelosi, and more damningly, “Mad Cow” Maddow. Collusion with the press is the stuff of communism, a betrayal of public trust. Sort of like giving debate questions to a favored candidate beforehand.

Dems never wanted Parnas to stand trial as a witness. He’s a ridiculous man, a repeat fraudster who would be eaten, digested, and passed in minutes by legal foxes like Alan Dershowitz and Ken Starr, who along with other formidable legal talents have joined the Trump defense team.

Instead, he was paraded on TV in a sketch rehearsed for “months.”

No, he was never good enough to be a witness. He was kept in reserve, a distraction if needed. That time came earlier this week. The soft coup needed a headline, so they threw the last thing they had left, Lev Parnas, the stinking, rotten egg.