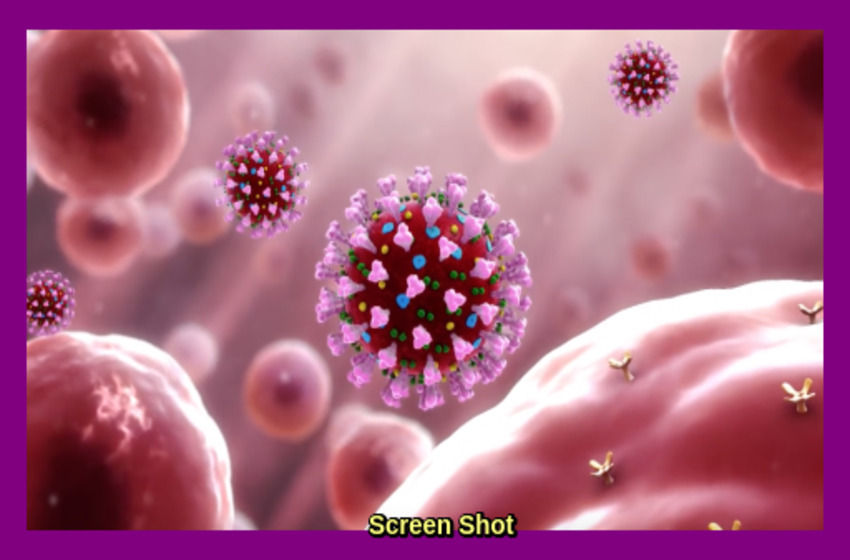 The U.S. response to the novel coronavirus, also known as COVID-19, has been under intense scrutiny by the media and politicians with something to gain. This whole ordeal should be less about panic and more about how to advise people how to react and respond to this ongoing pandemic. This isn’t, and never should have been about politics. That’s why, forced public optics aside, we’re going to let the numbers tell the story.

The following report is based on numbers from the Centers for Disease Control and Prevention (CDC), as of Friday, March 13th. The testing numbers further down are as of March 12th.

The CDC states on it’s reports that “the outbreak first started in Wuhan, China, but cases have been identified in a growing number of other locations internationally, including the United States.”

Before we get into the actual numbers, the CDC posted the following note to go along with their U.S. statistics as you’ll also see in one of the graphs below

“Data include both confirmed and presumptive positive cases of COVID-19 reported to CDC or tested at CDC since January 21, 2020, with the exception of testing results for persons repatriated to the United States from Wuhan, China and Japan. State and local public health departments are now testing and publicly reporting their cases. In the event of a discrepancy between CDC cases and cases reported by state and local public health officials, data reported by states should be considered the most up to date.”

Also, and this is very important, the CDC noted that they are “no longer reporting the number of persons under investigation (PUIs) that have been tested, as well as PUIs that have tested negative. Now that states are testing and reporting their own results, CDC’s numbers are not representative of all testing being done nationwide.”

Now, down to the numbers. (Note: Some graph images are interactive on the CDC website. You can look at those by clicking here and navigating through U.S. data.)

Again, as of March 13th, the CDC reported that there have been 1,629 “total cases” of COVID-19 reported in the United States (U.S.), 125 of which have been “travel-related.” There have been 41 total deaths reported as a result of the virus.

COVID-19 began seeing a gradual to drastic increase in cases reported around February 17th. But the numbers, which are broken down by when the date illness onset, aren’t complete in terms of growth since March 5th, because the CDC noted that “Illnesses that began during this time may not be reported yet.” “This time” refers to March 5th through March 11th.

As for a breakdown of the states themselves, the CDC reported that four states and all U.S. territories have had no reported cases of COVID-19.

The states unaffected, so far, are as follows:

The most affected states so far have been Washington, New York and California. All three of these states have had at least 224 reported cases, with Washington having the most at 457 reported cases.

The CDC’s testing numbers are as of March 12th. 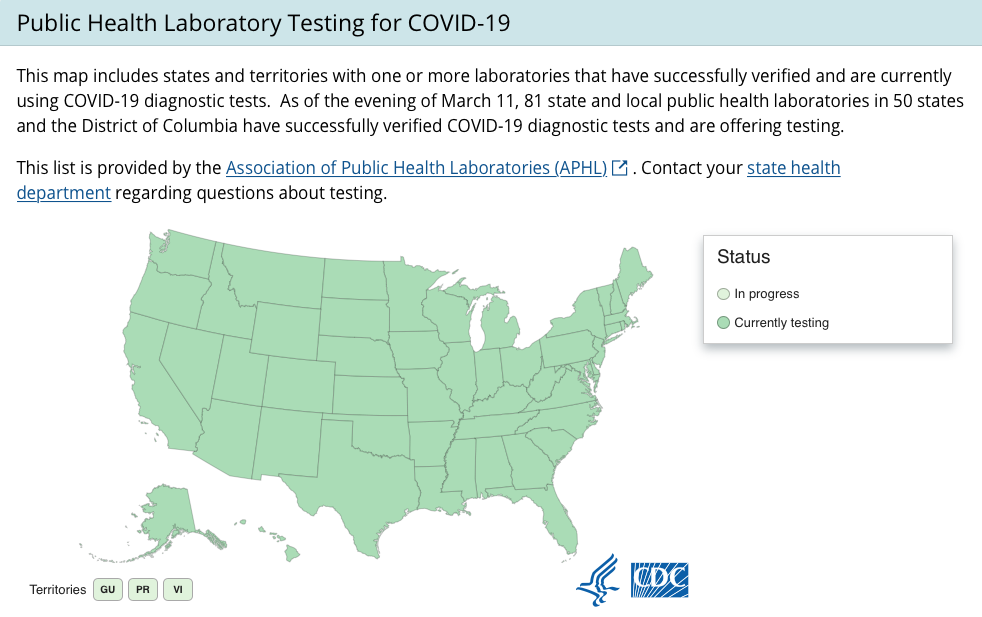 Another interesting statistic of the CDC report is where specimens are being tested and have been tested in the U.S.

Up until February 6th, the CDC reported that no outside labs tested for SARS CoV-2 — which is another name for the Coronavirus disease. Over the two weeks following the first reported testing by “US Public Health Labs” on Feb. 6th, the CDC continued to facilitate the majority of tests. From February 25th on, public health labs saw an exponential increase in the number of tests coming through their labs. The peak, up until March 8th when the total number of tests hadn’t been fully counted because of the recentness of the reporting, was on March 6th when a total of 1443 specimens were tested. Out of that total, 1438 were tested in “public health labs.” 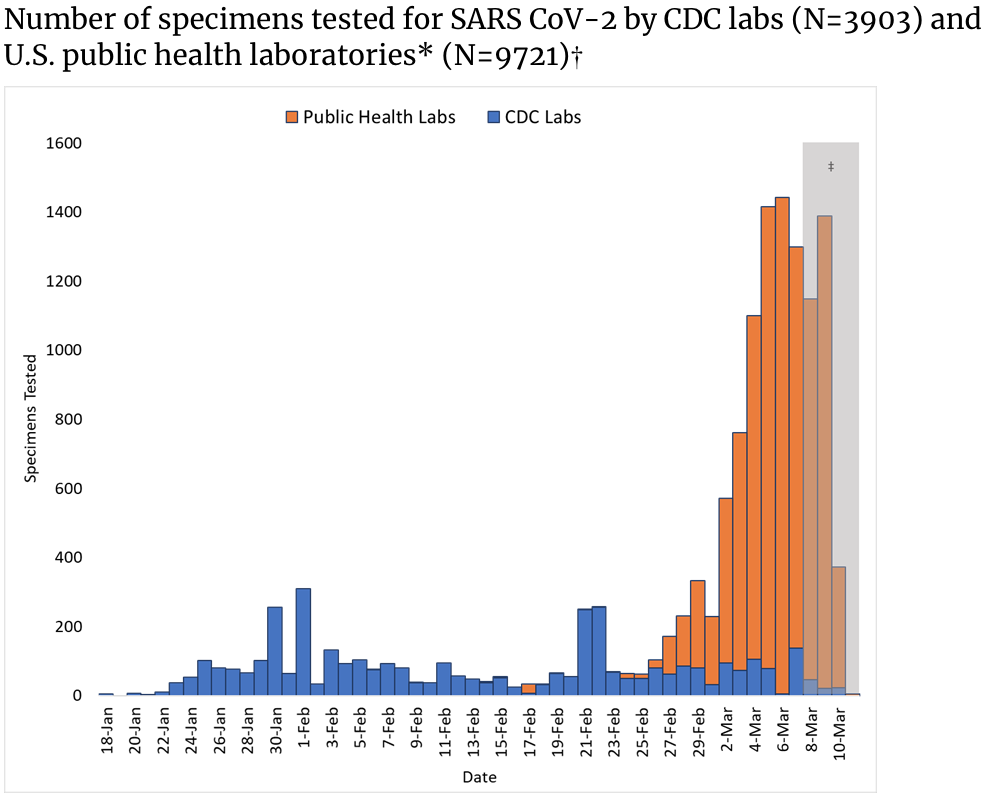 The CDC sources their data testing from National Center for Immunization and Respiratory Diseases (NCIRD) and the CDC’s own Division of Viral Diseases.

On the CDC website, there is a file you can download that comes from the “White House Coronavirus Task Force” on “What every American and community can do now to decrease the spread of the coronavirus.” The file is a set of guidelines people can print out in order to give others information depending on their situation. The information includes guidelines for “Keeping the workplace safe,” “Keeping the school safe,” “Keeping the home safe,” and “Keeping commercial establishments safe.” You can view the file by clicking here.

As an aside, the coronavirus tracking website worldometers.info listed the number of deaths “per 1 million population” in countries that have seen cases of COVID-19.

Here’s is a graphic displaying that breakdown, as of March 12th around 4 p.m.: 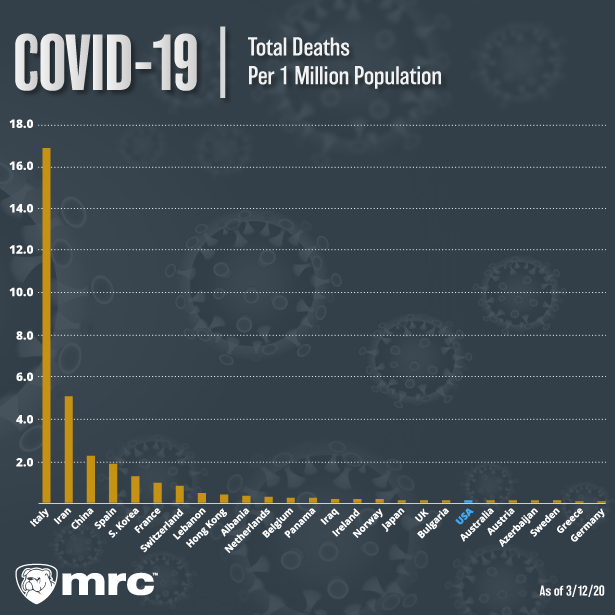