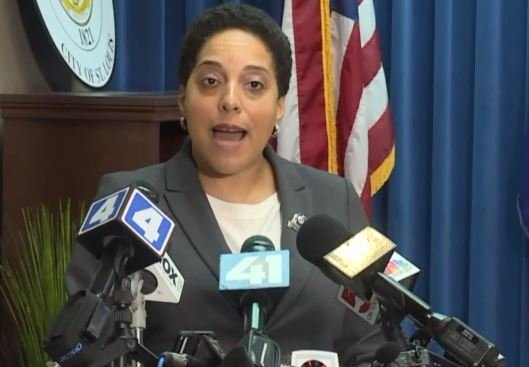 Far left billionaire George Soros has been systematically targeting district attorney races throughout the United States for several years now. Several of his candidates are already in office creating havoc.

Soros funded PAC even released an ad in support of this far left and unqualified nutcase.

Kim Gardner may be the most radical Soros-funded Circuit Attorney in the nation today.

Kim Gardner is so intolerable that two dozen attorneys and more than one-third of the trial lawyers left the office when she was hired. And this is a Democrat dominated office!

Gardner did not tell the officers what they did to get on her list but they were being censored.

Gardner refused to charge a drug dealer who was found with 1,000 opiate pills and 30,000 in cash because she didn’t like the cop involved.–

Last week Kim Gardner filed charges against local attorneys Mark and Patricia McCloskey for pulling guns on radical BLM promtesters who broke into their gated community and threatened to kill them and their dog.

Kim Gardner came under fire this week for hiding international and national travel from local authorities as is required by law.

A News 4 investigation has found that St. Louis Circuit Attorney Kim Gardner has been flying all around the country and the globe with organizations who want to reform the criminal justice system.

However, it appears she has violated the law, by not reporting the trips.

Sources tell News 4 Gardner is a frequent flyer. At times during her tenure as prosecutor, sources say, she has often been gone from her office a couple of times every month, jetting around on someone else’s dime.

Social media snaps show Gardner posing for pictures in Portugal, listening to conversations in New Haven, Connecticut, smiling with other prosecutors in Houston and linking arms in Selma, Alabama.

They are trips she