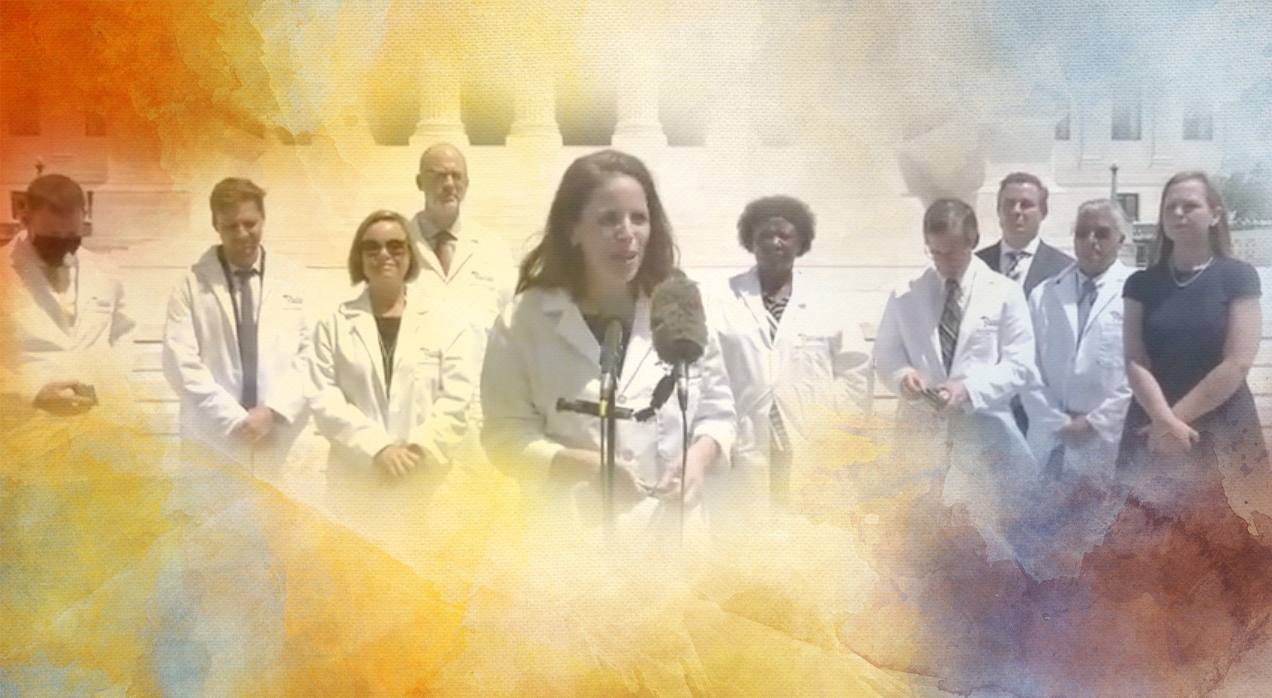 The coverup of an early cure for COVID-19 didn’t begin with the viral videos of America’s Frontline Doctors, but they sure did bring the message home, and exposed one of the most orchestrated and targeted attacks on subverting life-saving drugs, while everyone watched this cyclone in real time. Within 24-hours all major social media platforms, mainstream news, Bill Gates, Dr. Anthony Fauci, and politicians tried to kill the message, but not before it had already reached over 17 million people. America’s Frontline Doctors’ website was even removed in its entirety by Squarespace, and they had to quickly rebuild it on another host site. This was not just an attack on the doctors, this was an attack on the American people to subvert critical information on hydroxychloroquine that has proven to treat COVID-19 in the early stages. Why would they want to do this? Why would they want to hide a cure from the American people?

Wrap your
head around this 24-takedown of a drug that’s been around for over 65 years
with little to no side effects, only 20 deaths worldwide, and proven to work on
COVID-19 patients. Tylenol results in 500 deaths annually in the U.S. alone,
and it’s sold over the counter. Does this equate? Next, review the evidence
they claim doesn’t exist, and why Remdesivir is the drug of choice, along with the
push for a vaccine.

America’s
Frontline Doctors are a group of doctors who have been working on the front
lines treating COVID-19 patients with great success. It was founded by Dr.
Simone Gold who has worked as an emergency room physician for 20 years and is
also an attorney. They called for a press conference and a 2-day summit to bring
the truth to the forefront andRead More